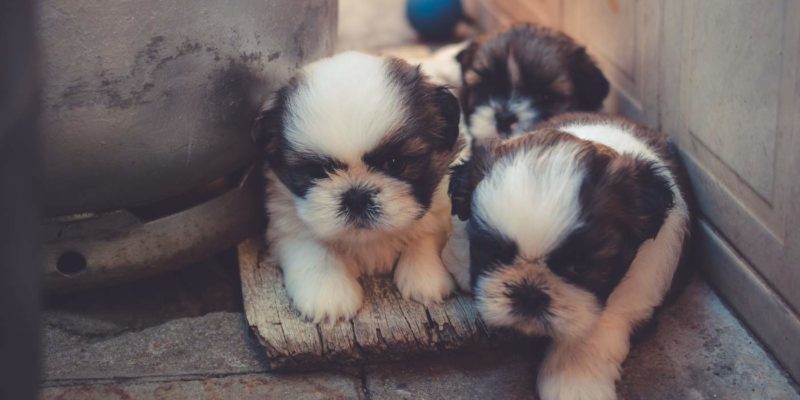 
A karmic war chest will be waiting for a Buddhist monk who has spent decades rescuing stray dogs in Shanghai and taking them to his monastery to live in peace and comfort, or to find a new home.

Since 1994, Zhi Xiang has rescued more than 8,000 homeless dogs from the streets of the Chinese megacity, taking care of them all.

In Buddhism, the highest goal is to reach the fourth stage of consciousness, whereby the trappings of reality disappear when the practitioner realizes that life is simply an illusion. However, the holiest monks, Bodhisattvas, do not choose this path and instead, like 51-year-old Xiang, remain in this world to try to help people caught in the cycle of life escape.

With the help of volunteers and her own Bao’en Temple workforce, Xiang currently cares for hundreds of dogs and cats. Costing nearly $ 2.5 million each year in labor and supplies, Xiang tries to bring as many of them as possible to family homes abroad, using social media to reach potential pet owners.

So far, 300 dogs have been adopted by families in Canada, the United States, and Germany.

Zhi Xiang is no ordinary animal rescuer: he is a Buddhist monk and has given a new life to almost 8,000 dogs, either in his former monastery or in a shelter he runs in Shanghai.

He already has about 8,000 dogs to feed and care for pic.twitter.com/1eWMOn5qu9

Not a trained vet, Xiang loves and cares for the animals he saves as if he were, and although many are too sick, the younger or healthy ones move to adoption shelters or straight into the arms of new owners.

“I think they are very happy, so I think it’s worth it,” he said. ABC Australia. “But of course I miss them.”

CHECK: After a deadly disease hits, the zoo calls in the world’s only team of turtle sniffing dogs to help

“I have a dream that one day, when I have some free time, I want to go abroad and visit them, take photos with every dog ​​I rescue,” he said. “So when I get old and can’t walk, I have these photos to look at.”

If in fact Karma rewards those who sacrifice their own time and wealth to help alleviate the suffering of animals, what Xiang hopes for in his afterlife is greater than anyone can imagine, and rightly so.