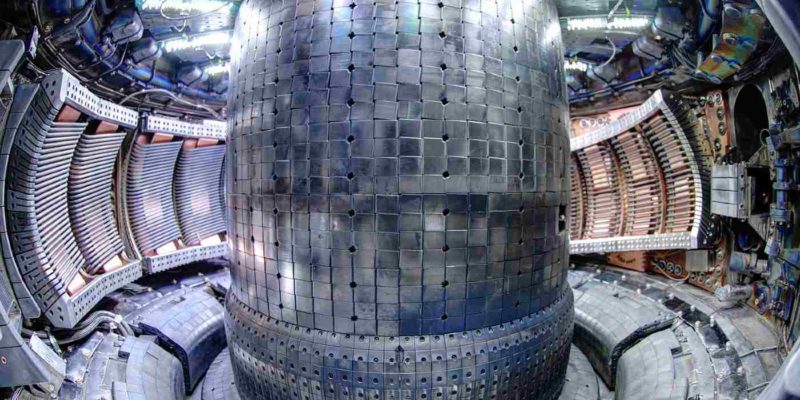 
It’s time to wake up and smell the plasma, as the energy of thermonuclear fusion grows ever closer to reality.

In its quest to develop unlimited green energy, the EAST fusion facility in Heifei, China recently created a plasma gas that was heated to 120 ° million degrees Celsius, which is three times hotter than the sun, and kept it there for 101 seconds before dissipating. , setting a new world record for both heat and duration.

“The breakthrough is significant progress, and the ultimate goal should be to keep the temperature at a stable level for a long time.” saying Li Mao, director of physics at the Southern University of Sci-Tech in Shenzhen.

The previous record was 50 million degrees Celsius, held by scientists working on the fusion reactor in South Korea.

Borrowing the physics of the reactions at the center of the sun, a thermonuclear fusion reactor compresses hydrogen into helium, creating a dream of unlimited green energy, since the amount of deuterium, a version of hydrogen, found in 1 liter of Seawater could produce as much energy as 300 liters of gasoline.

The reason this puzzle of all puzzles is only plausible is that the sun can rely on its massive gravitational forces to smash the atoms together, whereas on Earth we have to use temperatures like the one EAST has reached.

The challenge that comes with this need: How can you build a machine that can heat and hold matter to such extremes that it doesn’t just use more energy than it generates?

The device these fusion reactors are focused on is called a tokamak, which is a donut-shaped tube encased in super magnets.

There are many tokamaks on Earth, and different governments and scientific institutes are grappling with how to actually hold a plasma for days instead of seconds, and somehow use very little energy to heat a machine to 120 million degrees Celsius.

The flagship project is ITER, a collaboration between the EU, Russia, Japan, South Korea, India and the US Its tokamak is the size of a building and contains 3,000 tonnes of magnets, 141 kilometers of wiring and the world’s most sophisticated cooling system.

RELATED: Incredible mushroom discovered in Chernobyl could be grown on rockets to protect astronauts from toxic space radiation

Other efforts include smaller fusion reactors from private companies in the US, at MIT and Commonwealth Fusion Systems and Tokamak Energy in the UK. These two have created an ingenious superconducting tape that wraps around powerful magnets, creating immense pressure in addition to heat, allowing “Portable” fusion reactors– Those that cost an iota of the initial price of 20,000 million euros of ITER.

The benefit of solving this problem is that, essentially, the energy question is solved. Oil, coal and gas can stay underground, there would be no danger from another Fukushima or Chernobyl, and all the myriad problems, inefficiencies and costs currently inherent in common forms of green energy could be forgotten.

The Experimental Advanced Superconducting Tokamak (THIS) at the Heifei Chinese Academy of Sciences is proving that it is possible to extend and intensify the effect, and that as long as the record for heat and duration is continuously exceeded, the dream of unlimited clean energy will survive.

15 Affirmations That Help You Choose Positivity Over Anxiety

Precious Rainforests Are Being Preserved at Highest Rate in 30 Years, After Palm Oil Moratorium in Indonesia