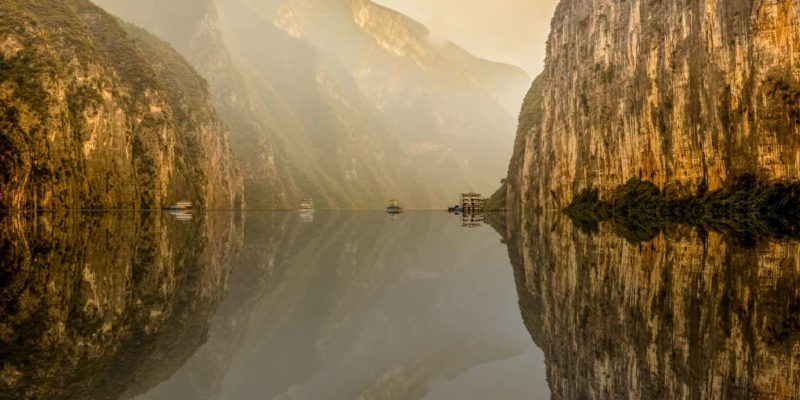 
The Yangtze, one of China’s two “mother rivers,” is about to receive an environmental protection balm with the aim of restoring the polluted waterway and its tributaries.

With 96 separate provisions for the river system spread across nine chapters of legislation passed by a Standing Committee meeting, it is the largest environmental protection bill China’s rivers have ever seen and will go into effect on March 1.

Plastic and chemical pollution, chronic overfishing, siltation and dams have taken their toll on the banks and waters of one of the world’s great rivers, and supplies will try to give years of respite and see if the Yangtze can recover.

Government departments, from the largest to the smallest levels, must incorporate the ecological protection of the Yangtze into their social and economic development plans. reports Reuters.

Fishing will be prohibited in all natural waterways of the river, as well as in its tributaries, estuaries and feeder lakes.

All proposed chemical projects within a kilometer of the river will be banned, and existing ones cannot be expanded. Other polluting industries will be forced to move, while sand mining on the banks of the Yangtze will be severely restricted.

The Yangtze in figures

Along with the Yellow River, the Yangtze constitutes the two mother rivers of Chinese civilization, along which there has been evidence of rice cultivation dating back to 5000 BC. C.

Beginning high on the Tibetan Plateau, the Yangtze flows 3,900 miles (6,300 km) to its famous river delta. It is the third longest in the world, the sixth largest by volume of water and the longest to move through a single country.

PLUS: Plastic straws and single-use bags disappear from China as ban enters

The Yangtze River Delta generates 20% of the country’s GDP, and its drainage basin is home to a fifth of the country’s population. The Three Gorges River Dam is the largest hydroelectric power station in the world.

The Yangtze is one of Yunnan’s Three Parallel Rivers, a UNESCO World Heritage Site, and after leaving the mountains, it runs through perhaps the most iconic Chinese landscape of all, the karst rock gorges of the Yangtze, depicted in countless paintings. Chinese.

RELATED: Air pollution reductions in China save hundreds of thousands of lives since 1990

From an environmental perspective, the Yangtze is home to charismatic aquatic species such as the Chinese alligator, Yangtze sturgeon and the narrow-crested finless porpoise, all of which can be recovered if the new laws are fully operational.

20 Positive Affirmations for Kids to Live By