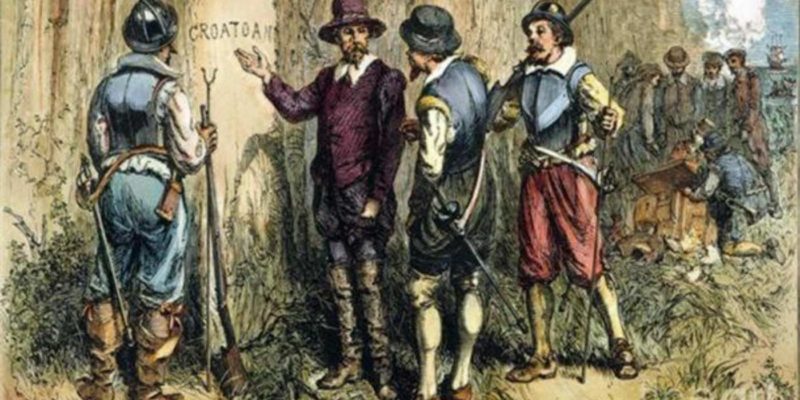 
Archaeologists excavating a field in North Carolina have uncovered clues to the fate of the 115 men, women, and children of the lost colony of Roanoke Island, the first English settlement in the New World. 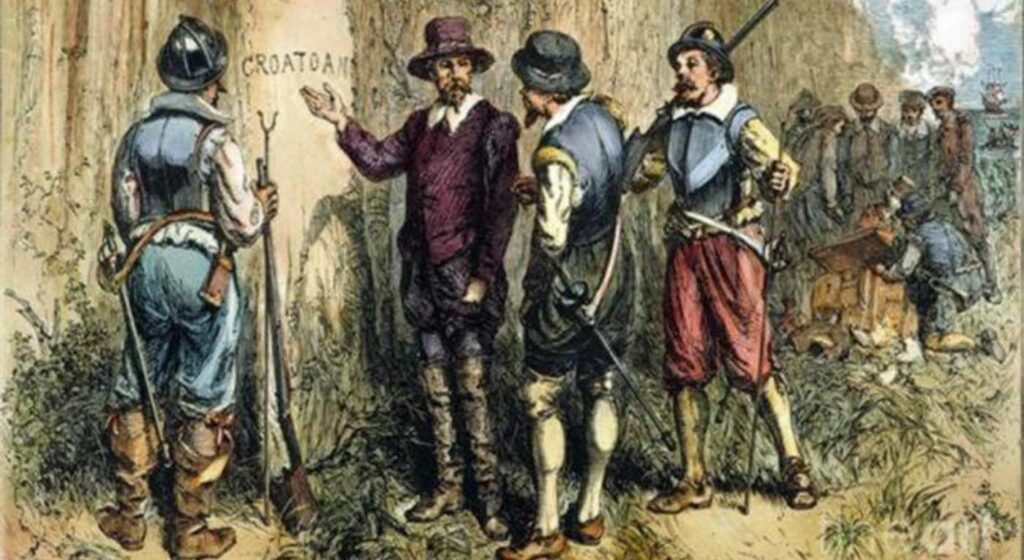 Teams of local and British archaeologists are working in various areas around Roanoke Island on a mystery that is one of the oldest in North American history.

Sir Walter Raleigh led an expedition of middle-class Londoners across the ocean to reach Roanoke Island off the coast of North Carolina in 1587. Shortly after his arrival, Governor John White returned to England in search of supplies. and to recruit more settlers, but the war between England and Spain prevented their immediate return.

When he returned, he found the settlement in ruins and the people were gone. All that had to start his own search was a single word, “Croatoan”, carved from a wooden post in the middle of town.

Croatoan were names given to the place and people of present-day Hatteras Island, about 50 miles south of Roanoke Island off the Outer Banks.

Governor White also wrote that the settlers intended to move 50 miles inland, close to the native tribes with whom they had become friends. A map drawn by White had a cloth patch over an area about 50 miles inland on the Albemarle Sound shoreline, with the outline of a fort drawn in invisible ink.

RELATED: When the 8-year-old ‘queen’ finds a genuine ancient sword in a lake, her fans band together to forge a replica of it

So we have settlers, mysterious names engraved on poles, maps with hidden symbols, native tribes – no wonder this is one of the great archaeological mysteries of the colonization of America.

In 2015, a team led by archaeologist Nick Luccketti excavated the site of the invisible fort scribbled in ink on White’s map, aptly named “Site X,” and found two dozen shards of broken English pottery that, according to him and his team , they belonged to the Lost Settlers.

In January 2020, Luccketti returned to excavate about two miles north of Site X in a field they called “Site Y” and found English crockery in much larger quantities, suggesting that, as has been observed in many colonial settings, the order was broken. For some reason, and the settlers went their separate ways, some evidently moved to the outskirts of the village of Mettequem, their indigenous neighbors.

Some archaeologists are skeptical that the broken pottery shards are a good tool for dating the Lost Colony movements.

For example, Jacqui Pearce, a ceramics expert at the Museum of London, admits The fragments may have come from pottery made in the late 16th century and belonged to settlers, but the make and style of this English pottery lingered for a long time, and it is possible that they belonged to Jamestown merchants who settled for two decades . after the collapse of Roanoke.

Meanwhile, on the island of Hatteras, or Croatian as it was called in the time of the lost settlers, European artifacts have been discovered in the remains of a Native American village, suggesting that among the three sites, it is highly likely that some settlers, as White said, went 50 miles inland to Site Y and X, and others went to Croatoan with a scar on the wooden post, as White also discovered upon his return.

William Kelso, the archaeologist who led the effort to discover the colony at Jamestown, says the three sites together “solve one of the greatest mysteries in early American history: the Lost Colony Odyssey.”

By stufflovely
33 mins ago