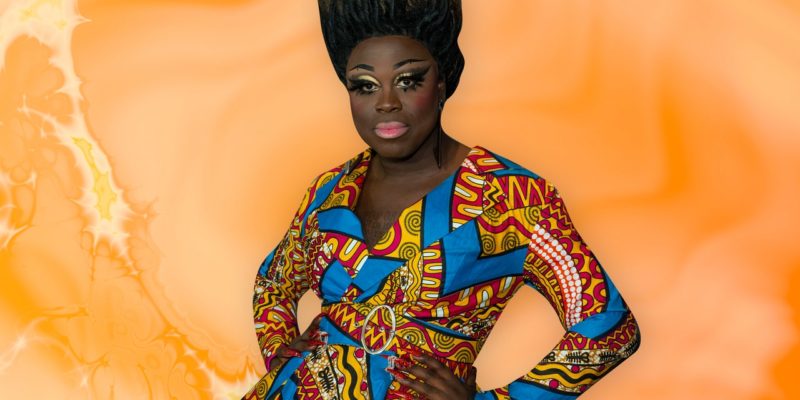 Storage has also been a major issue — and as a beauty editor, I can relate. The process of storing copious amounts of makeup, skin-care, hair-care products, plus a bevy of tools for all three has been a battle of wits between myself and the layout of my one-bedroom apartment. For a drag queen, take all that and add a collection of giant wigs — that is, if you’ve been able to get them this whole time. Indeed, Bob’s wig options have taken a hit since moving, and according to her, she’s not the only one that’s been feeling the strain.

“There’s also this thing called, if you talk to any wig designer, the Wig Famine,” she explains. “I have had four wigs for the whole pandemic and I had a hard time getting makeup. So I had to make do with what I had.”

When I ask if that scarcity of wigs is the reason she wore the much-maligned red-and-blonde unit for several episodes of Purse First Impressions, she mentions that one is a special case. “I wore that wig on one episode, and everyone came for me,” she says. “I was like, ‘You know what? I will wear this wig no matter what.'”

To her credit, she was able to create a lot of styles with it. “Listen, I will bust it out now. Don’t threaten me with a good time,” she half-jokes. “It is in the other room. She’s always on standby. This wig is now a legacy piece — I’m going to frame it, I’m going to have a dipped in resin.”

While she’s settling into Los Angeles and doing drag from home, Bob shares that her hair and makeup space is not yet as grand as she wants it to be. “Right now, it’s all just in my medicine cabinet,” she says. It’s quite a downgrade from the setup she had back in New York, a six-foot-long desk one of her drag daughters built for her, repurposed from a loft bed. Bob’s drag storage game is on the road to improvement, though. She says that she’s planning on converting a bedroom into a “drag lab,” which should fit all her stuff.