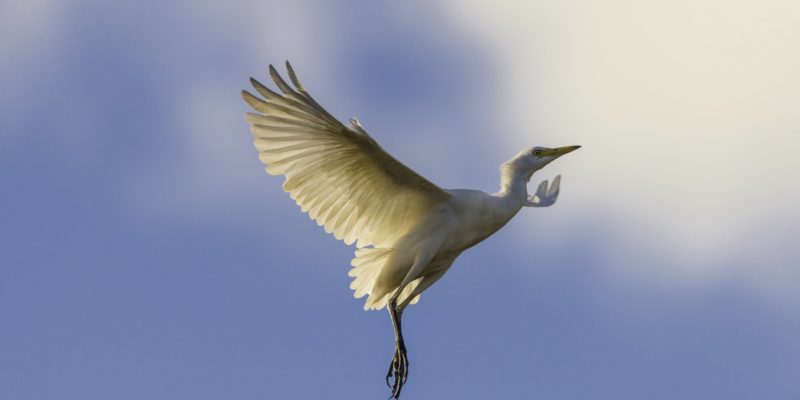 
As bird lovers celebrated World Migratory Bird Day on May 8, new science had already determined that about 3 billion birds have been lost in North America in the last half century, and that two-thirds of the feathered friends of the continent are at risk today from climate change.

That’s why the Biden administration began a new rule-making process this month to formally withdraw the Trump administration’s action that removed “incidental take” protections from the Migratory Bird Treaty Act.

According to the Audubon Society, Biden’s team struck down the “M-Opinion” implemented by the Trump administration in March, which was struck down in federal court last August, a decision that unequivocally upheld the most effective bird conservation law in the United States. books.

RELATED: Texas and Philadelphia join the movement to dim lights at night, making it safer for migratory birds

The Trump administration’s change to the 100-year-old Migratory Bird Treaty Act (MBTA) was intended to limit protection only to activities that kill birds on purpose, but exempting all industrial hazards from enforcement. Any “incidental” death, no matter how inevitable, preventable, or devastating to the birds, was rendered immune from law enforcement.

Had this change been in effect in 2010, BP would not have faced consequences under the MBTA for more than one million birds killed in the Deepwater Horizon oil spill.

“We hope that the administration will move quickly with other rulemaking to establish a reasonable permitting approach for incidental extraction,” said Sarah Greenberger, senior vice president for conservation policy for the National Audubon Society. “A permit program is a common sense approach to clarify these long-standing protections and provide the certainty that the industry wants.”

“We need a multi-pronged approach to ensure that the MBTA remains a strong foundation for bird protection in the future,” said Erik Schneider, policy analyst, National Audubon Society.

“In addition to the administration’s action, we hope that the Migratory Bird Protection Act will be reintroduced and passed in this Congress. Together, these actions will strengthen the MBTA from future attacks and offer stability and certainty for birds and businesses. “

POPULAR: 2000 microphones uncover the mystery of why hummingbirds buzz: ‘Like a beautifully tuned instrument’

A bill had been approved by a House Committee in Congress during the last two years of Donald Trump’s presidency, which had a bipartisan group of more than 90 cosponsors, that would ensure the protection of birds and would mandate to the Fish and Wildlife Service to develop a bill. “Bycatch” authorization process to encourage companies to implement best management practices and document compliance.

But this new Congress would need to start the process over and get a majority vote on the bill in both the House and the Senate if it wants to make its own statement that, in the judge’s words, “Killing a nightingale … is a crime” when you know you can avoid it.

Tweet this song of hope for the birds on social media….