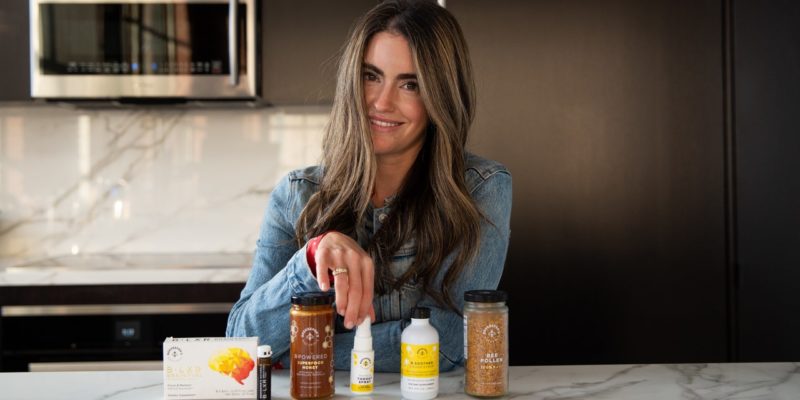 Like any endangered species, bees need not provide any reasons to make the case for why they deserve to continue their existence. That said, the evidence of their value to the world is abundant and undeniable. In addition to supporting the environment by helping the growth of countless kinds of vegetation through pollination, the products of their hard work in the hives can make a life-changing difference to people. That’s why Carly Stein, founder of Beekeeper’s Naturals, is on a mission to help bees thrive as they help us thrive.

Stein has suffered from chronic tonsilitis since she was a child, an already aggravating medical situation made worse by the fact that she’s allergic to antibiotics. Perpetually disappointed by traditional medicine, she turned to the world of natural remedies — and hit just as hard of a dead end. “I ended up becoming really disillusioned as a consumer because I would spend all this time and money that I didn’t have on these fancy celebrity products that made a lot of bold claims and just didn’t deliver on results,” Stein tells me over a Zoom call. “So I operated at this very weird intersection of being obsessed with the latest and greatest, newest, natural wellness products and being constantly kind of disappointed.”

It wasn’t until Stein, while studying abroad in Europe en route to her biology- and chemistry-heavy social science degree, she was seeking relief from her latest bout of tonsillitis when a pharmacist introduced her to propolis, a glue-like mixture that bees produce by mixing their own enzymes from saliva and beeswax and botanical exudate — think sap.

Naturally, Stein thought the pharmacist was talking about honey; after all, we’ve all heard how beneficial it can be as a topical treatment for our skin. “Raw honey works to make inflammatory acne look less angry because it has an osmotic effect on the skin — it can draw out [excess fluid] and help reduce inflammation,” board-certified dermatologist Kavita Mariwalla has told Allure. “Honey can be a calming agent, so it also helps to reduce redness.”

But it was this encounter that first made Stein realize that bees had even more to offer, in the form of royal jelly, pollen, and the aforementioned propolis. She became obsessed with learning more. Once returning home to Canada, she began researching everything from the centuries-long usage of these bee byproducts in other cultures to bees’ maximum foraging distances, pesticide regulation to Canada’s stringent standards for claim verifications on supplements (with the Food and Drug Administration (FDA), “it’s the wild west,” she says). She even became the apprentice to a retired biochemist turned beekeeper.

On ‘Euphoria,’ I Saw My Makeup Journey Reflected on TV for the First Time