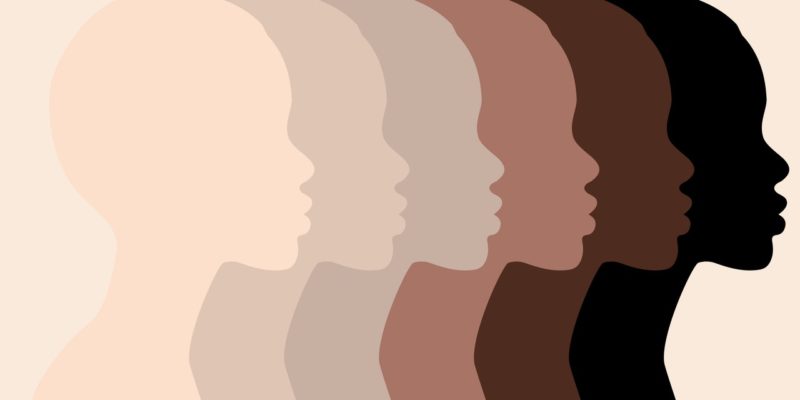 With COVID-19 and tensions arising from social injustices, the beauty industry has gone through a lot of changes this year. With sales already in decline and voices demanding to be heard, during the summer, as uprisings took over the country following the killing of George Floyd, insiders started calling out deep-rooted problems rampant in both the beauty and fashion industry. They did so demanding better representation, both internally in board rooms and externally in campaigns and truly inclusive product launches.

Uoma Beauty founder, Sharon Chuter, was one of those that started to call brands out, holding them accountable for the lack of diversity in their companies. She launched the #PullUpOrShutUp challenge back in June, a movement that challenged brands to share the percentage of POC employees, particularly Black, they had in leadership. A lot of companies (including Glossier, Ulta Beauty, Kylie Cosmetics, and more) released their numbers. Most were (maybe not so) shockingly low. Back then, some brands took accountability and started incorporating more Black content creators on their pages in an attempt to appear more diverse. The sense of unity movements like the #PullUpOrShutUp or Aurora James’s 15 Percent Pledge helped kickstart felt nice at the moment. But representation and inclusivity aren’t things to be taken lightly. And they are certainly not something that should be done just for clout. Diversity and representation should be long term, they should be infused in any brand’s identity. So, what’s left of those efforts that started in June now? As noted by Fast Company, according to a new study by Eyecue Insights, not so much.

Eyecue Insights, a social media analytics platform based on AI, just released its 2019 versus 2020 monthly dark skin tone representation results. The chart revealed the extreme spike of representation that came in June and it depicts the gradual decline as the months went on, perhaps suggesting that a lot of brands were just doing it for the clout.

As the months went on and the protests died down, so did the numbers. But, returning to a pre-Black Lives Matter feed just shows consumers that some brands aren’t committed to doing the work to diversify themselves.

Fast Company’s analysis of the data from Eyecue Insights found that over the past three years, dark skin tones appeared in only 13% of 70 top beauty brands’ Instagram accounts. But this year between May and July, when the protests were first starting, according to Eyecue Insights, there was a 122% spike in the number of images featuring people with darker complexions. That can’t be a coincidence.