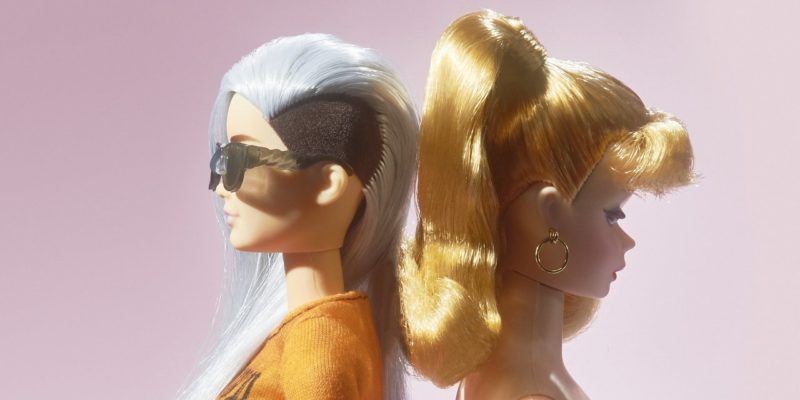 She also mentions Barbie Vlogger, a YouTube series in which Barbie the Character takes to her webcam to share anecdotes from her life in Malibu. I do not mean to be rude, but the animation is bone-chilling: a teen avatar whose movements and mannerisms are identical to that of a living and breathing human person. The content, however, is nuanced, as Barbie candidly discusses everything from personal boundaries to her favorite classes in school.

In one video, the tenor of Barbie’s voice drops, as CGI sunlight streams into her bedroom. “I woke up this morning feeling a little blue,” she confesses. “No real reason. Just — blue.” She goes on to list coping mechanisms that have mood-boosting benefits, like journaling. “I’m known for being an upbeat person. But I’m not, always. I don’t have to always be upbeat and positive. To camouflage myself to fit into a mold of how I should feel or think, well, that doesn’t help anyone.”

This is by no means an exhaustive discussion on treatment for depression (it would be hard to imagine Barbie comparing the side effects of Prozac versus Wellbutrin), but the message is clear to young people: It’s OK to be sad sometimes. “She is certainly not perfect,” says McKnight. “She has flaws. She is showing vulnerability.”

Barbie is lucky to have an extensive support system. Ken has been her male accessory for the better part of the past 60 years, save for a brief intermission in 2004, when the pair broke up. (The general public believed this to be a publicity stunt for the brand in response to declining profits, but we notice that it also dovetailed with the impending financial and housing crisis of 2006.) Like the tortured soul she is, Barbie declined to use this time as a period of introspection and instead spent it rebounding with an Australian, Blaine, the summer of the breakup. Despite Blaine’s rash guard, six-pack, and undeniable exotic appeal, Barbie rejoined Ken in 2011. Blaine can now be found pre-owned on Amazon.

As interviews with Mattel executives throttle me between the world of make-believe, where the sun is always shining and Barbie is both your pediatrician and your unopposed candidate for president, and present-day Los Angeles, where it is damp and gray, it becomes difficult to distinguish between what is real and what is fabricated. My three-year-old niece thinks Belle from Beauty and the Beast is a real princess, who lives close enough to the Cleveland Zoo to casually visit. She’s still too young for Barbie, but if and when they meet, will she think of her as a projection of her future self, as a flawed confidante, or as a thing to put clothes on?

Mattel has, for better or worse, decided to bring Barbie to life by giving her a voice and a platform. She’s no more real to people than Beyoncé or Rihanna, or any other person who is inaccessible to the public, available only through the lens of Instagram, TMZ, or a merchandise line at Target; a person who serves as a proxy for a more exciting, more glamorous, more vibrant life. When Barbie speaks, her voice sounds human. My niece doesn’t know the difference.

For more on Barbie:

20 “I Statements” to Boost Your Mood on a Bad Day