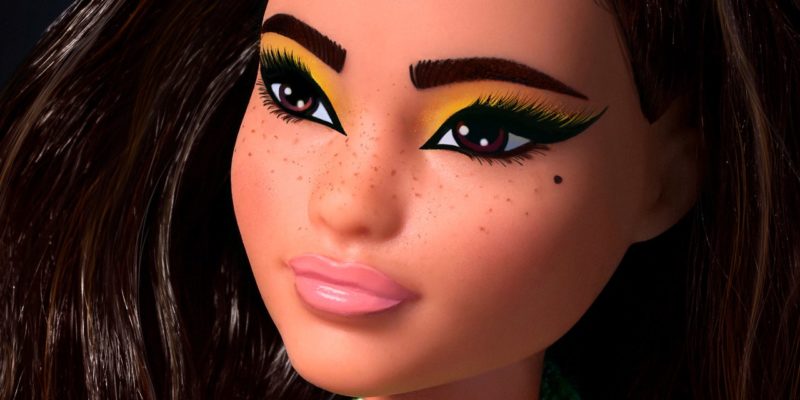 Barbie is like the Beyoncé of dolls. An icon that has evolved over the decades, continuing to redefine herself while building on her relevance, inspiring the masses, and somehow, getting better, stronger, and more impactful with each iteration. It is fitting then, that the brand would tap Sir John, the man behind some of Yoncé’s most iconic beauty moments, for a project to create modern beauty looks for the doll that has been a long-lasting cultural force for well over half a century.

In collaboration with Barbie Style, Sir John has created six beauty looks on the dolls, boasting a diverse range of skin tones, facial features, and individual styles. You can find them featured on @BarbieStyle‘s Instagram page. Ahead of the big reveal, we spoke to the world-renowned makeup artists about the project, what he’s seeing for beauty in 2021, and the state of Black beauty today — and beyond.

ALLURE: How did this partnership with Barbie come about?

SIR JOHN: We found each other. [When] I got introduced to the team, I had a really amazing soul connection with a few people at the company. That’s always how it starts out. I think that’s a modern way to even look at the culture of any company — I really liked what they represented, and we just started to align.

ALLURE: I love that. I’m looking at some of the reference images, and I know Barbie has historically been criticized for having a more narrow definition of beauty with its mainstream dolls, but over the past couple of years, it’s really opened up in a major way. We’re seeing so many different-looking dolls that are more representative of actual people. What kind of vibe were you going for when you were creating the looks for this?

SJ: I do love that Barbie does champion diversity and in a few different ways — not just culturally, but [through] body image, body positivity, sexual identity. All of these marry or run parallel across their product content, which is inspiring and anchored in the moment. That’s why I feel like it’s not tone-deaf, which I can really appreciate from an inclusivity standpoint.