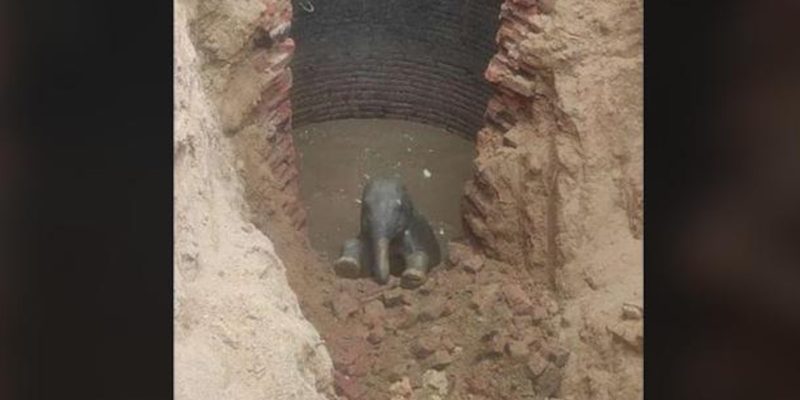 
A small Indian village had the back of this baby elephant after it fell into a well almost 30 feet (9 meters) deep.

Arriving with his herd from a nearby forest, the baby made a misstep in Giridih district in the eastern state of Jharkhand earlier this month.

After the people of Nimatand chased away the herd, the calf was discovered the next morning at the bottom of the well.

In an elaborate rescue mission, the local forest department was called in and three backhoes were used to tear down the wall of the brick pit and excavate a sloping trench for the pachyderm to walk on.

POPULAR: 35 circus elephants come to the incredible sanctuary of Florida to retreat among forests, grasslands and 11 watering holes

Local government official Shashikant Verma photographed the rescue and reported that the calf was not injured.

Eight hours later, the calf was able to walk alone, rather than being lifted vertically.

Presumably someone will rebuild the well, while a lucky elephant roams India once again.

Give your friends a boost: Share this cute baby on social media …