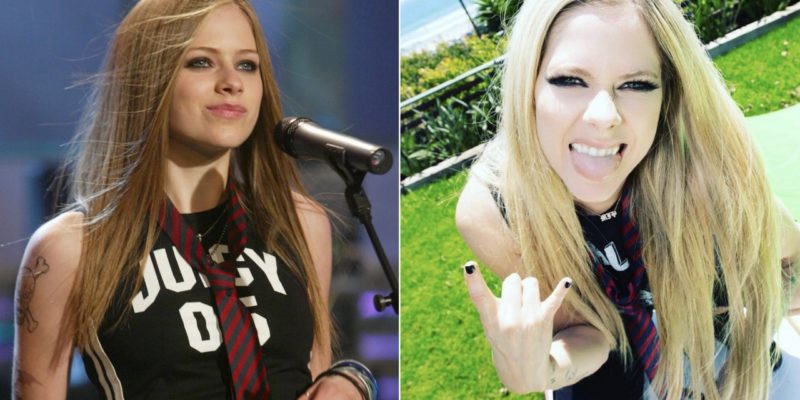 He was a sk8er boi — and apparently, she still rocks his world.

It’s been 19 years since Avril Lavigne told a tale as old as time: Teen ballerina meets skater, ballerina thinks skater is cute but she’s a snob, skater goes on to become a rock star. Only 17 herself when “Sk8er Boi” became a hit song, the turn-of-the-century singing sensation has come a long way since singing about the girl with the pretty face who couldn’t see the man that he — said sk8er boi — could be. But even though nearly two decades have passed, Lavigne looks exactly the same.

As if seeing Lavigne in her true form wasn’t enough, the clip cuts to none other than the most famous sk8er boi, Tony Hawk, who proved he’s still got the moves at 53 — and wearing Lavigne’s necktie to boot.

Lavigne shared some snaps from the TikTok clip on her Instagram grid, where fans went wild in the comments. “Avril is wearing a Tie again and The world healing. Finally,” one commenter wrote. “Queen of not aging,” another said.

Fans are hoping this foray into TikTok might mean new music is on the way, and if it’s anything like the bops and bangers she gave us when she was a teen, we’re all for it. She’s clearly ready to deliver the looks to match.

10 Lifelong Impacts of Growing Up in a Dysfunctional Family

By stufflovely
24 hours ago