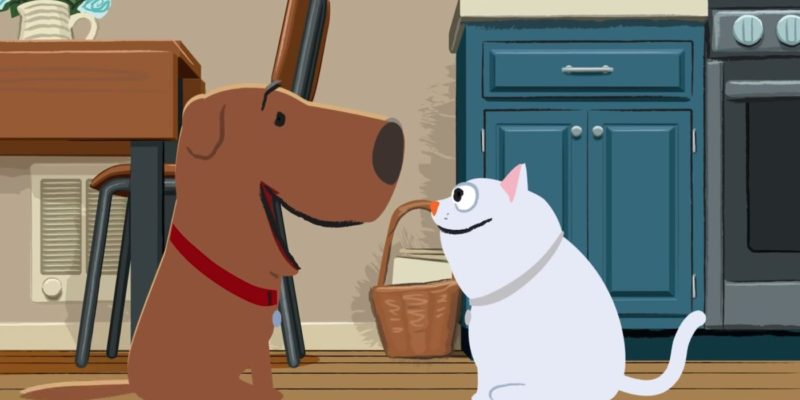 
The adorable animated short by a Portland man about friendship, love and “getting through tough times” is generating thousands of smiles.

Born of grief when his nephew died unexpectedly, Steve Cowden spent most of 2020 working on the video during the confinement, and now hopes to present it as a moving series.

After a family reunion to honor the nephew, Cowden’s 22-year-old son Trent spontaneously began to play chords on the old piano.

“My twin brother Scott joined in singing the words ‘Chocolate Cake and Ice Cream.’ We had just had dessert and he sang those silly words, I think, to make our hearts happy, “Cowden told GNN.

“I was upstairs with my mom and the melody was so sweet that I ran downstairs to be part of the moment. We all sing together in harmony. It felt something magical and it seemed to help us. At the time it was just a jingle, but it stuck with me. “

Chocolate cake and ice cream, some things are better together

After returning to Oregon, while traveling to work, he began to sing it and add more words. He pulled out his voice memo app and made some recordings. By the time he got to work (about a 40-minute drive), the song was complete, and later he and Trent recorded the final version on another vintage piano.

“The song was so catchy that almost immediately I had the idea of ​​turning it into an animated short about a dog and a cat.”

Cowden’s cute animation includes a moment when the cat, to amuse the puppy at the window, dances the moonwalk across the top of a fence.

“The response has been truly amazing. One woman told me that she shared the video with her network of 400 families who have experienced the loss of a loved one. “

I will always treasure these times forever, and every time I see your smile.
Some things are better when they’re together, so let’s never say goodbye.
Chocolate Ice Cream Cake – I hope we never part.

Cowden has been an illustrator for 30 years, and in 2000 he did the art for a children’s book titled Cheese Louise. Since releasing the video, Steve has dreamed of additional characters and written more episodes that he hopes can turn them into a series.

UMass Scientist Learns How to Improve the Taste of Vegan Protein