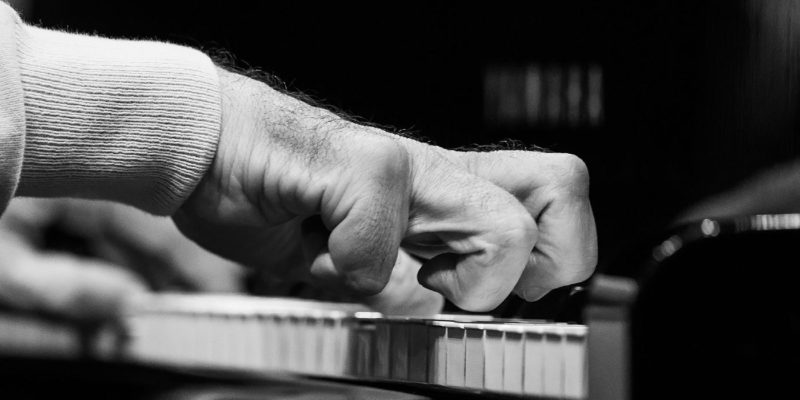 
At age 80, after having performed with great success with celebrated orchestras in the United States and abroad, Brazilian piano teacher João Carlos Martins has had a stellar career.

Unfortunately, until recently, a combination of degenerative disease and a series of injuries had rendered his talented hands immobile.

Martins, unable to master the piano, devoted himself to conducting. However, thanks to an ingenious invention of “bionic gloves”, he is back at the keyboard, making music again.

“Being able to use all 10 fingers again more than 20 years later is a miracle for me at the age of 80,” Martins said. Reuters.

Inspired by Formula One racing technology, the black “extender” neoprene gloves were the brainchild of industrial designer Ubiratan Bizarro Costa. Costa made the original prototypes using a 3D printer at a cost of around $ 125.

MORE: 10 year old girl challenging Dave Grohl to drum battles has improved the game, with an original song for him

Martins had lost most of the range of motion in his fingers. The gloves, equipped with a spring-loaded rod system that retracts the fingers when notes are pressed on the keyboard, restored his ability to play.

“I made the first models based on images of his hands, but they were far from ideal,” Costa said in an interview with the AP reported by the Chicago Tribune.

Costa showed his invention to Martins for the first time after a concert in the field of Sao Paulo. While the prototypes weren’t fully functional, they were promising enough that Martins invited Costa over to his home to continue development.

“I just created this as a gift for him”, Costa told CGTN America. “It is not really part of my main line of work. It was something he could have fun with … I wasn’t expecting all this interest. “

While the gloves have allowed Martins to resume play, he doesn’t expect him to regain all of his abilities overnight, if he ever does. “It may not regain the speed of the past. I don’t know what result I will get. I start over as if I was 8 years old, ”admitted Martins.

Still, Martins has the will and the discipline to keep working to make the most of the second chance he’s been given. A goal has even been set.

Before the COVID-19 pandemic, Martins was scheduled to celebrate the 60th anniversary of his first appearance at New York’s famed Carnegie Hall this coming October by holding a commemorative performance there. For the encore, he had planned to play one of his favorite keyboard selections.

While the coronavirus protocol will likely determine whether or not the program continues, Martins has already overcome his biggest hurdle. He believes that the lesson he has learned on his road to recovery – never give up – can inspire others.

RELATED: The one-armed drummer is now the ‘fastest in the world’ thanks to a new limb that makes him super capable

“It’s a kind of hope that I can give to people who think that maybe they can’t do anything else after 80,” he told CGTN. “At the age of 80, I think I can start over.”

And for that, he deserves a standing ovation.

SHARE this beautiful story with your friends on social media …

How to cope with lockdown: Positive News readers share their tips