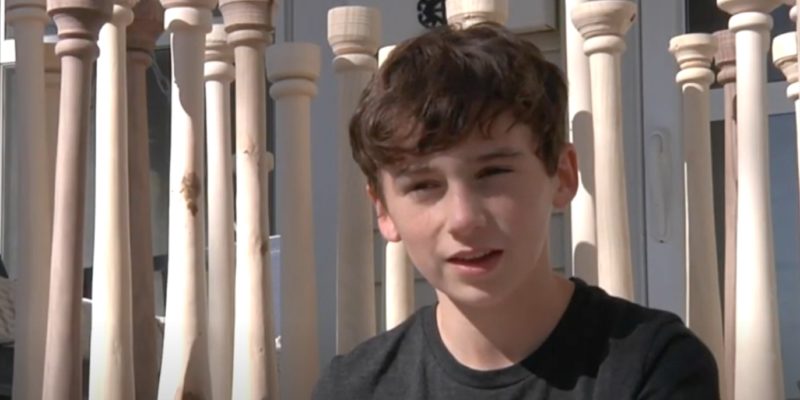 
When a massive right-hander hit Iowa in August with winds reaching 140 mph, a 12-year-old boy found a unique way to help the storm’s victims: hit a home run out of kindness.

“We had no damage [to our home]”Said Tommy Rhomberg CBS News, “But just driving around town there were people with half their house destroyed, and I just wanted to raise money so I could help them.”

He also wanted to give his friend a special birthday present after the storm upset his birthday. Why not a homemade baseball bat? That was his friend’s favorite sport, after all.

Tommy gave his handmade bat a nice name: “The Great Right.” Soon others were also asking for Tommy’s bats.

This gave the enterprising preteen a novel idea. What if you reused tree branches that had been knocked over in the storm and turned them into bats to sell? Tommy knew exactly what to do with some of the money raised through his efforts – he could help the storm’s victims rebuild.

(Clock the video below by CBS Local News.)

EDITOR’S NOTE: Viewers outside of the US may see this video on the CBS website, here.

SHARE this story home run with friends on social media …