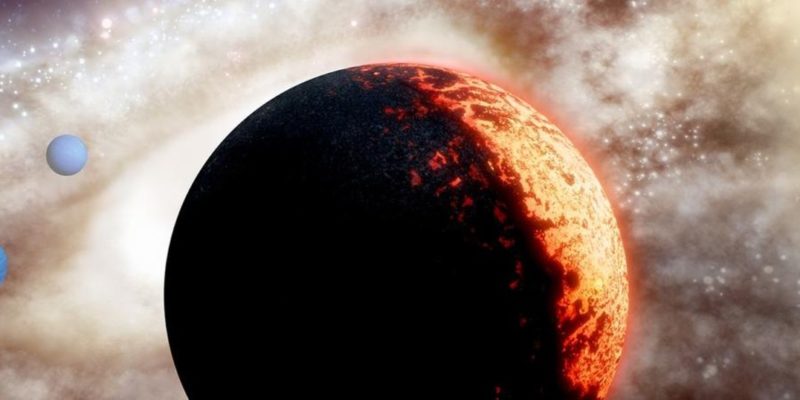 
A hot, rocky “super Earth” near one of the oldest stars in the galaxy has taken a team of planet-hunting scientists by surprise.

The planet is about 50 percent larger than Earth, but it takes less than half a day to orbit its star.

Part of the reason for the short orbit is the planet’s proximity to its star, which also creates incredible heat. Its estimated average surface temperature is over 2,000 degrees Kelvin, too warm to support life as we know it today, although it may once have been possible.

In addition, Kane said that although the planet is about three times the mass of Earth, the team calculated that its density is the same as our planet.

“This is surprising because the density would be expected to be higher,” Kane said. “This is consistent with the notion that the planet is extremely old.”

The older a planet is, the less dense it is likely to be because there weren’t as many heavy elements available when it formed, Kane explained. Heavy elements are produced by fusion reactions in stars as they age. Finally, the stars explode, dispersing these elements from which new stars and planets will be formed.

The discovery of planet TOI-561b and the team’s additional observations on its composition have been accepted for publication in the Astronomical magazine.

“TOI-561b is one of the oldest rocky planets discovered so far,” said Lauren Weiss, a postdoctoral researcher and team leader from the University of Hawaii. “Its existence shows that the universe has been forming rocky planets almost since its inception 14 billion years ago.”

Named after NASA’s transiting exoplanet exploration satellite, TESS Object of Interest (TOI) 561 belongs to a rare population of stars called the galactic thick disk. The stars in this region are chemically distinct, with fewer heavy elements like iron or magnesium that are associated with planet building.

PLUS: The inspiring and fun message hidden in the parachute of the Mars Perseverance Rover

The TESS Mission team used the University of California access to the WM Keck Observatory in Hawaii, home to some of the most scientifically productive telescopes on Earth, to confirm the presence of the planet TOI-561b. The observatory team also helped the team calculate the mass, density and radius of the planet.

Astronomers are continually trying to understand the relationship between the mass and radius of the planets they encounter. This information provides information about the interior structure of planets that, with current technology, are too far away to visit and sample.

RELATED: Scientists may have detected the ‘hum’ of the universe that could change astronomy forever

“Information about the interior of a planet gives us an idea of ​​whether the surface of the planet is habitable for life as we know it,” Kane said. “Although this particular planet is unlikely to be inhabited today, it may be a harbinger of many rocky worlds yet to be discovered around the oldest stars in our galaxy.”

SHARE the Far-Out Planetary news with friends on social media …