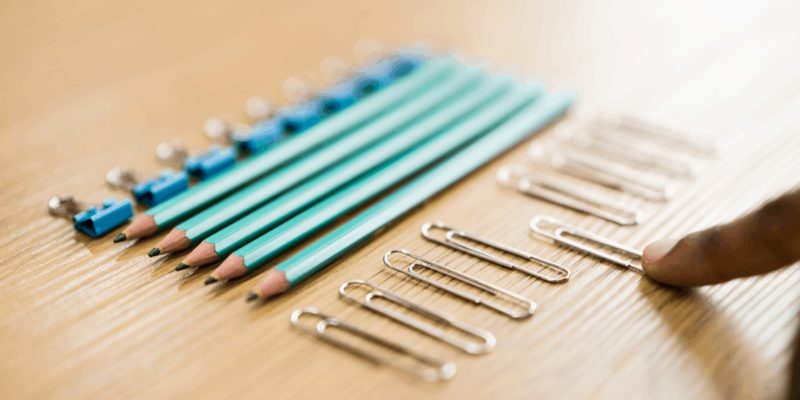 Do you have daily routines that seem to make your life a little easier? What if you get obsessed with these routines? Or do you fill your day with anguish if you don’t complete them? You may have an undiagnosed case of OCD, Obsessive compulsive disorder.

What is an obsession?

When mental health specialists talk about obsessive compulsive disorder, they go beyond people who are just picky eaters. Just because you insist on keeping a clean and tidy home doesn’t mean you have a mental problem. If you regularly drink a cup of coffee and read the morning paper before work, it is not an obsession; instead, it is just a habit.

The dividing line between being picky about how to get things done and an obsession is the anxiety involved. So maybe you like having all your herbs and spices arranged alphabetically in your spice drawer. Preferences like these are not an obsession unless you panic and alter your life to fix them.

The obsessive part of the disorder is that your mind is always thinking of a habitual action. It becomes compulsive when your mind repeatedly forces you to complete the action to relieve severe anxiety. Since this anguish is so mentally and physically debilitating, has become a recognized disorder.

The history of obsessive-compulsive disorder

Unfortunately, mental illness was very misunderstood in the past. Early physicians had poor knowledge of how the brain works, often leading to misinformation and dangerous treatments. Biased religious beliefs guided many of these specialists, and Mental illness symptoms were often considered sinister.

Until modern discoveries in mental health, those with mental disorders were at the mercy of ignorant, superstitious, and often cruel health practitioners. These patients often endured contempt, ridicule, and sadistic treatments that caused countless deaths throughout the centuries.

In the past, doctors had few clues about anxiety disorders. When patients were forced to complete certain personal rituals, practitioners attributed it to female problems or witchcraft. Since some people were obsessed with washing themselves or their surroundings, the unknown disorder was often called “crazy cleaning.”

Throughout history and at times, things that people do not understand are viewed with fear in today’s society. Rather than finding a rational explanation for an obsession-compulsion disorder, sufferers were often ostracized as madmen or pawns of the devil. Since men historically treated women as the “weaker sex,” they often developed anxiety problems. Then, society punished them for their disorders with more mistreatment or ridicule.

The misunderstanding of anxiety disorders became intertwined with the medieval tradition of witches, demons, and vampires. Some people developed an obsession with counting things to compulsively ease their anxiety. This society developed rites of protection that included rice or salt around the house at night. The evil entity would be forced to count every grain and disappear at dawn.

In the early 20th centuryPioneers of psychology and psychology, like Freud and others, offered the world a better understanding of the obsessive-compulsive nature. Over the next several decades, mental health specialists isolated obsessive compulsive from other mental illnesses with a classification of their own. They realized that these patients were struggling with more than just a lack of willpower.

Did you know that statistics report that approximately 2.2 million people are diagnosed with OCD in the United States? Contrary to gender bias, this anxiety disorder affects both men and women. Some of its signs and symptoms usually appear in childhood.

Nine things everyone should know about OCD

Do you or a loved one have a diagnosis of obsessive compulsive disorder? If so, you know the burden it can put on your mind, body, and spirit. If you haven’t been diagnosed, here are nine things to know about OCD.

Since many people who have this anxiety disorder talk about their treatment journey, it is now a buzzword. OCD is an official mental health diagnosis that has nothing to do with normal habits or preferences. While some people may attribute their preferences to the disorder, it is an unfair generalization for those with this diagnosis.

2. It is not always a compulsive cleaning

This misconception stems from its past hurtful label of “crazy cleaning.” Did you know that people with Obsessive Compulsion Disorder can be just as messy as someone who doesn’t? The condition can also include obsessive thoughts and repetitive actions that have nothing to do with cleaning.

3. The disorder has four types

In recent times, mental health research has divided obsessive compulsive disorder into four categories. They include two types of obsession and two types of compulsion problems. Some people may have a mix.

A lots of compulsive hoarders They have this kind of obsession because they believe that hoarding their things keeps their world safe. Since perfection is impossible, those who obsess over it often self-destruct and strain their relationships with family and friends.

4. This disorder has nothing to do with willpower

As if dealing with a stressful mental disorder wasn’t enough, some well-meaning people try to downplay the patient’s symptoms. Rather than helping, these people do more to raise the patient’s anxiety. Their ignorant comments make people with this disorder feel weak, powerless, and lazy.

5. Life with obsessive-compulsive disorder is not always organized

You may have seen the popular TV show about the private investigator who was obsessively organized and had compulsive organization problems. In real life, people with the disorder can live in total chaos. They may have the illusion that their disorganization and hoarding are perfectly organized.

6. OCD is no laughing matter

Now that this mental disorder is in the limelight of the medical community and the media, it is a buzzword. It is sometimes parodied and overused on television and movies as a joke. Those who are dealing with deep anxiety and exhausting compulsive actions are not laughing.

You’ve probably also noticed the staggering rise in self-diagnoses. Insisting that the toilet paper be tipped over or lowered is a choice, not a symptom of a mental disorder. Casual self-diagnosis in conversations is insensitive and hurtful to someone who has a real diagnosis.

7. All people with the disorder are different.

If you have known someone diagnosed with obsessive compulsive disorder, you have just met someone. Not all people with the diagnosis will experience the same symptoms or the same intensity. Some people may develop tics to cope with anxiety, while others have no noticeable signs.

8. It is not curable, but it is treatable.

Just because you have a diagnosis of obsessive compulsive disorder does not mean that your life is over. Even with the most complicated symptoms, many people can successfully manage it with behavioral therapy. Of course, this is not a cure. But studies show that you have a good chance of living a good life with satisfying relationships if you seek treatment.

9. It is often a solitary disorder

Those who have obsessive compulsive disorder deal with depression, anxiety, and loneliness. It is especially harsh for people who obsess over the fear of pollution. Instead of embarrassing themselves in public with bizarre repetitive actions and extreme anxiety, they will often isolate themselves.

The danger of self-isolation is that it can add depression to anxiety and the person can become suicidal. It gets worse if your family and friends think your condition is silly and try to trivialize your symptoms. Having a healthy support system is critical to successful treatment.

Perhaps his years of battling debilitating symptoms eventually led to a proper diagnosis. So maybe you are traveling on this trip with a friend or loved one. The good news is that help is available and those diagnosed can learn to control their symptoms and get back to life. Anxiety disorders they are highly treatable.