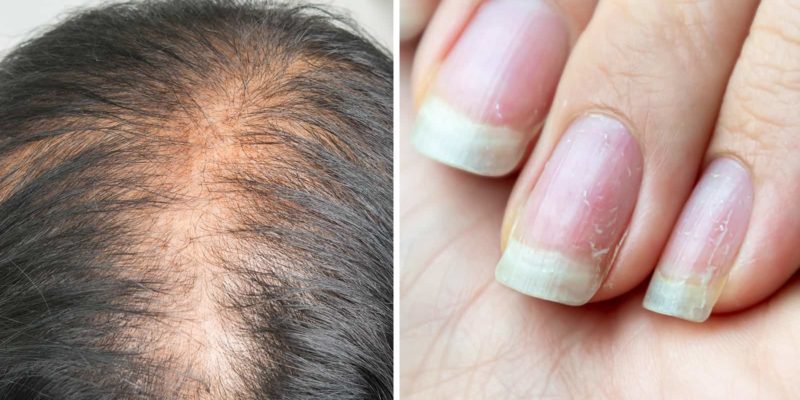 
Protein is present in many different foods. Fortunately, some of the best options for protein content are also among the healthiest. It makes sense, then, that protein is not only healthy but crucial for daily life. Without it, the body cannot function.

It’s rare these days protein deficiencies be significant enough to have very noticeable or dangerous effects. But that doesn’t mean that there aren’t some negative factors associated with a moderate or even mild lack of protein. Here are 7 things that happen to your body when you don’t eat enough.

Muscles are where most of the human body stores its reserves. Lack of protein consumption can force the body to use up those reserves to provide it with the nutrition it needs.

This is because protein is necessary for the preservation of numerous crucial body functions and tissues. To continue supporting those functions when you don’t eat enough, skeletal muscles provide their protein stores for the process. Doctors call this problem “muscle loss. “

Unfortunately, even a moderate level of insufficient protein intake can lead to muscle wasting. In fact, investigation It has been confirmed many times that the loss of muscle mass occurs at a higher rate, the less protein is consumed. It is also believed that eating more protein can reduce the rate of age-related muscle degeneration.

Lack of protein it often means that you are making up for it with other types of foods that have more calories. In mild deficiencies, you are likely to consume more calories. This happens for many reasons, as demonstrated below:

The body struggles to restore protein

Lack of protein means the body needs to find ways to compensate for the amount it consumes from muscle storage. To achieve this, the body tries to push it to find more food to eat in the hope that protein will be among the new components consumed. This leads to an increased appetite, according to studies. Resisting the urge to eat is often very difficult, as the lack of sufficient food as perceived by the body diminishes positive thinking and concentration.

You may experience increased salty cravings

For some, the body is more specific about the types of food it wants you to eat. Investigation has found that many people experience a craving for tasty foods rather than a general hunger when they lack protein. Unfortunately, many of the most convenient ways to quench salty cravings are the ones that involve junk food, packaged meals, and high-calorie meals all over the place. Worse yet, these empty calories have even less protein than the healthier options, so they won’t even help alleviate cravings!

Unfortunately, with the additional consumption of excess food to compensate for the protein deficiency, you would be subject to something that experts Let’s call the protein leverage hypothesis. The hypothesis states that humans will naturally prioritize protein over other foods and eat until those protein requirements are met. Supposedly, if they meet their protein requirements, their desire to eat other foods will decrease and they will eat less overall. Unfortunately, this means that if you don’t eat enough protein, your body will continue to demand more and more food to look for it, even to the point where you gain significant weight.

The protein is fuller

Protein is known to be more satisfying than fat and carbohydrates, which is why it plays an important role in weight loss programs. This means that a lack of protein means that you are less likely to be satisfied with the calories you eat, leading to more consumption.

3. Increased accumulation of fat in the liver

Liver cells can accumulate fat over time, leading to a dangerous condition called fatty liver disease that can result in liver damage, inflammation, and failure. It is more common among people who drink alcohol excessively or people who are medically obese.

Surprisingly, this disease is somehow related to protein deficiency. Researchers believe this could be due to the deterioration of the proteins responsible for transporting fat throughout the body. These are lipoproteins. And a deficiency in its synthesis can lead to fat deposits in the liver.

So far, research is still working to better understand these links. Still current studies appear to support some form of protein deficiency impairment as a risk factor for fatty liver disease.

Most of us don’t associate protein with bone, but the fact is that bones are also at risk of even moderate deficiency. As? Below are some studies that explain and test the concept:

Did you know that a lack of protein can damage the immune system? If you do not consume enough of the nutrient, you will be at greater risk of contracting viruses and developing severities and complications from infections of any kind. Here are some studies that discuss this:

If you are lacking in protein to a lesser or moderate degree, it is unlikely that you will notice problems with the appearance of your:

But if you have a severe deficiency, you may start to see the marks of those unmet nutritional needs. Many parts of your body are made of protein, including your nails, hair, and skin.

Here are some studies showing the links between a deficiency and the changing appearance of protein-based body parts:

Edema is a condition in which the skin becomes swollen and swollen. In some cases, at least mostly it is harmless. In others, it can be a symptom of something serious or even, in itself, be dangerous. Plus scientists believed to be the result of low blood albumin levels in humans.

Serum albumin, also known as blood albumin, is incredibly abundant in blood plasma. It is the most common of all proteins within that liquid portion of the blood and has multiple functions. It works in many ways, one of its most notable functions being the maintenance of oncotic pressure.

Oncotic pressure is a type of force that draws fluid into the circulatory system of the blood. This prevents the accumulation of any fluid in compartments of the body, such as tissues. It can be difficult to think about how a deficiency can lead to edema. So let’s go through it step by step:

Protein deficiencyAlthough rare, it is something to be taken seriously. It can cause many different symptoms in the body that could have serious long-term effects.

Worried about your protein intake? Put your positive thinking! It is difficult to have a significant deficiency of the nutrient. So be sure to consume 0.36 to 0.45 grams per pound of your body weight. This is the recommended daily intake. If you are still concerned, talk to a doctor or nutritionist for advice

Give Your Hair A Boost With A Homemade Spray

This Writer Began a Pen Pal Project in the Pandemic, Now 7,000 Are Bringing Joy to Strangers With Letters