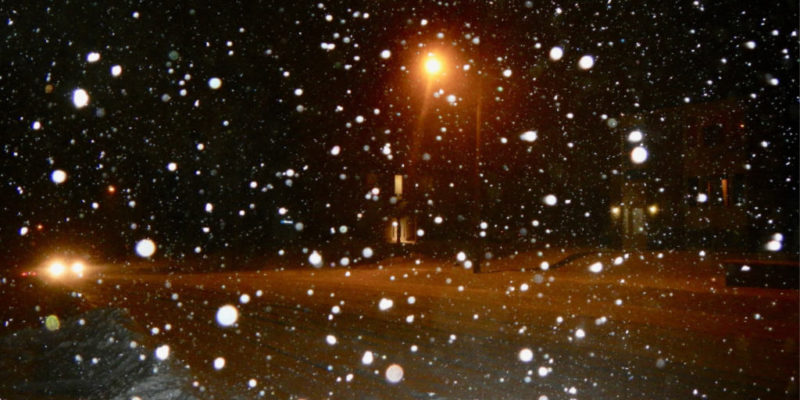 
A polar vortex that affected the Northeast and Midwest areas of the United States brought cold temperatures and feet of snow. Approximately 65 million Americans were affected by the storm; temperatures dropped well below freezing in many places. Homeless people and animals were especially vulnerable during the polar vortex, but some people came to their rescue, showing kindness and generosity when they needed it most.

These are some of the poignant stories about how humanity came together and helped each other weather the storm.

5 ways people helped each other survive the polar vortex

1. A police officer rescued and adopted a black kitten after finding it trapped in the snow in a ditch.

Aren’t they adorable together? Wisconsin saw some pretty brutal weather during the polar vortex; If it weren’t for this police officer, this kitty probably would have had a terrible fate. Officer Froiseth heard meows coming from a snow-covered ditch and then discovered the kitten buried underneath. He led the kitten back to his squad car, where the little one immediately snuggled up next to him and did not leave his side.

W 117th & Madison … a beautiful act of kindness in action in the middle of the # PolarVortex2019! It doesn’t take much to make a big difference! #MakeClevelandBest #Be the change #DifferenceMaker pic.twitter.com/oMkOMLgz1y

Holly Jackson, a resident of Cleveland, Ohio, said she had lived in a homeless shelter in the area 25 years ago. Now, he wants to pay and donate items to the less fortunate. She created the “Wall of Love” and hosts events where she and other Cleveland citizens post care packages along the fences of local businesses throughout the city. Some of the items are donated while others are handmade. During the polar vortex, these elements were much needed and highly appreciated by those who could not survive without them.

3. Iowa firefighters responded to a woman in labor and helped her give birth. They also stayed to clean their entrance!

The weather is cold, but this should warm your heart! Firefighters from Fire Station No. 5 helped give birth to a baby this …

While some people were able to stay warm in their homes and protect themselves from the brutal weather, firefighters and other emergency services had to keep working. We’re sure the woman who made the call was very grateful for the help!

4. This generous woman bought 70 homeless people a hotel room for the night in Chicago when temperatures dropped to 20 degrees below zero.

We need more people like this woman; she didn’t care about the cost. He simply cared that people who otherwise would not have a place to stay could survive the night during the polar vortex.

5. A man in Toronto dug a main road by himself so cars could keep driving.

The polar vortex cooled the northern part of North America, but the kindness of these humans brought a bit of warmth during difficult times. Which of the stories was your favorite? Do you have any to share with us? Leave your comments below and join the discussion!

(We hope another polar vortex doesn’t come visit us for quite some time!)

Counselors Fact Check 15 Things About Mental Health That Are Wrong