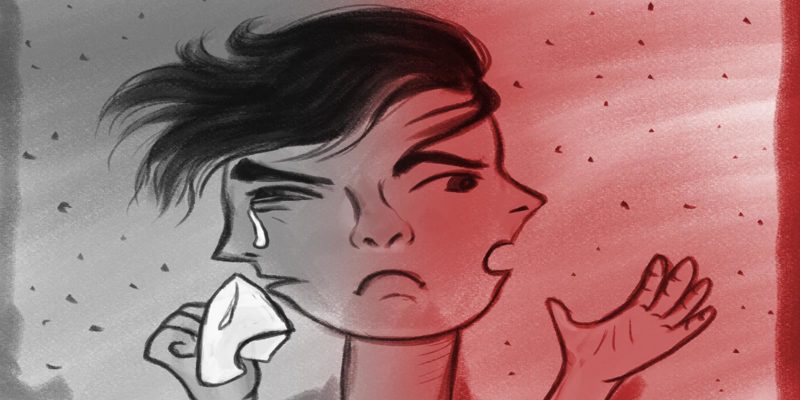 We all know people with toxic traits. It’s easy to avoid the worst of all and not take it seriously when you know that someone’s behavior is harmful. But what happens when you can’t be sure someone is toxic?

Many unacceptable actions have become normalized and accepted in our society, although they are very harmful. In fact, you may have some of them or know people who do. Here are five toxic behaviors that are considered regular but are not.

1. Always looking for the center of attention

The searchlights take turns to illuminate different people. This is simply life. Not everyone can be in the gaze of the world all the time, and even people like celebrities are in and out of the spotlight.

Constantly wanting the center of attention is a sign of toxic behavior. Some people laugh and it even plays like a peculiar personality trait. But it can be very negative for people who have to deal with it. Here are some examples of toxic traits in this regard:

Every now and then, it’s okay to want attention, especially if you’ve done something important or if it’s a successful time in your life. But constantly seeking attention with flamboyant behavior, wanting any attention even if it is negative, is toxic. Always wanting to be the center of attention is like demanding that the world revolve around you. And this is not how it works.

It is normal and natural to want to please some people. Normally, no one wants to cause a stir by going against what the majority seems to agree with. That’s just human nature, and while it may be a bit bad for you, it’s not inherently toxic. But constantly pleasing people for ridiculous purposes is toxic. Someone who goes out of his way to do what everyone wants is detrimental to others by making empty promises and following the whims of their insecurities. And of course they are toxic to themselves by doing too much, relying on other people’s approval, and letting them take advantage of them.

A little validation in life is lovely! However, constantly demanding it is exhausting for others and for the person who wants it. The reality is that if someone’s only source of validation comes from outside forces, they will lose a lot positive thinking when they can’t get it. True “validation” can be found from within, as intrinsic motivation helps to realize the self in a genuine way that other people cannot.

Everyone has bad times when negativity consumes them, and some people are naturally more pessimistic without this turning into toxicity. But being constantly overtly negative is very toxic and exhausting to deal with, dragging everyone’s mood away from positive thinking. It seeps into everything and absorbs light from situations, infecting others along the way. Here are some examples of toxic negativity:

Complaining all the time

Some things are worth complaining about, but there is a limit to the number of complaints from someone before it becomes unproductive and a waste of time. Constant complaints are exhausting for everyone involved, both for the complainant and for those who have to listen. Worse still, complaining can be a toxic habit that is ingrained and difficult to break.

Always pointing out the bad

All things come with pros and cons. In some situations, the cons outweigh the pros, and it’s hard not to point that out. But if someone only points out bad things, even when there are many positive things to see, they are toxic. Worse still, that person may have no desire to improve the situation or hear something good about it.

A little constructive criticism, when asked, is a good and good thing. But too much is ridiculous, especially when it simply becomes an effort to find fault with others. The perceived help of someone in criticism often does not turn out well for the addressee, who lives a lifetime with nuances and private matters of which the critic is not aware. No one wants to deal with a negative nancy who can’t help but give negative tone advice to everyone.

Nobody likes people who act like they are above others, but sometimes, it is easy to dismiss this behavior. You may think that someone is a little arrogant or a little overconfident, not realizing that these behaviors are more toxic than they initially appear. Here are some examples of this:

Being too self-centered means that someone only wants to take care of himself and is willing to do anything to achieve his means to the detriment of others. This alienates people, and it is not difficult to see why it is a toxic form of behavior.

Some people think arrogance is acceptable, but it is not. Think about it: anyone who genuinely believes that they are better than others is inherently questionable in morality. Even if investigate indicates that people more easily accept a certain arrogance, which does not make it less toxic.

No person has the right to judge others. All human beings experience life in a unique way and see things from a personal point of view, so they are not automatically able to know everything they need to know to make a judgment. A toxic person will ignore this fact and act like they are better than other people.

Graduates are a headache. These people do not know the meaning of the word gratitude and think that they have a right to everything in life. Keep in mind that there is a significant difference between being aware that basic human rights must be fulfilled and being recognized. Law comes into play when someone thinks they are worthy of fortune, fame, luxury, or success.

Sometimes we have to act a little to get ahead at certain moments in life. But being insincere is completely different than putting on a brave face or choosing not to share something with someone. It means behaving in a false way and promoting these falsehoods to the point where no one knows the truth anymore. It is a very toxic way of behaving.

For some, insincerity may consist of pretending to be someone you are not, but that is widely recognized as toxic behavior. The most insidious forms of hypocrisy involve things that people may not be able to immediately discern are negative. Here are some examples of this:

Many people do not like conflict and will do what they can to avoid direct outbursts and confrontations. But that opens the door to toxic traits, like passive aggression. This involves the use of cheap shots, critiques, and replicas that are disguised and delivered indirectly. Everyone can say something about them, but it cannot be directly proven as the act was passive. This is very toxic; If you have a problem with someone, you should report it directly!

Gossip a little is not necessarily bad. But an obsession with talking about others behind their backs, whispering little half-truths, and then showing an innocent face to those you just insulted … well, it’s easy to see why that’s toxic! And yet it is considered a normal part of social interaction, although it shouldn’t be. Gossip is pointless and does not help anyone.

Being absent when loved ones need it

Yes, no one should have to play therapist with their loved ones, but there is a general understanding that you will try to be there for them when they need an ear and a shoulder when you care about someone. A toxic individual can intentionally make himself scarce when loved ones are going through difficult times, distancing themselves, so they do not need to do any emotional work. Of course, these same people will expect their loved ones to be there for them whenever they want.

As adults, responsibility is something you take for granted. Each individual is responsible for their actions and how those actions may adversely affect others (although, of course, the latter applies within reason). Anyone who avoids or rejects the responsibility they should bear is exhibiting toxic behavior. Here are some examples:

Blaming others for personal problems

Many things in life are not going to turn out the way people want them to, and it’s okay to be upset by that idea. But problems begin to arise when guilt begins to flow through them. Sometimes things don’t work out, but a toxic person will find a way to blame other people for the circumstances, even refusing to acknowledge any part they played in the debacle.

A pervasive toxic trait is getting defensive and playing victim when called out for negative behavior. Someone like this can tell a sad story, pass the blame, or create an imaginary persecution against them, all of them, so they don’t have to take responsibility for their actions.

Sincere apologies they require sincerity, an adequate understanding of the wrong done or the damage caused. You must commit to ending the adverse action or find a compromise for it. But many toxic people, on the other hand, refuse to apologize, or add disclaimers to their apologies. For example, a toxic person may say, “I’m sorry you feel this way,” putting the responsibility on someone else.

If someone hurts you, it is reasonable to feel upset and hurt and even eliminate the wrongdoer from life. But holding a grudge for an extended period on these issues often does more harm than good. Studies have shown that the act of forgiveness is much more positive for stress and recovery, even if that forgiveness is intrinsically found and not passed on to the wrongdoer. On the other hand, grudges bleed into other areas of life, creating a toxic set of traits that should have been left in the past.

Final thoughts on some toxic behaviors that are considered normal, but are not