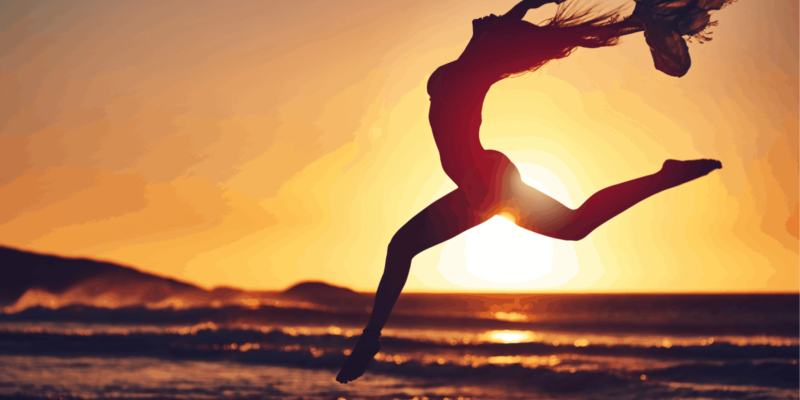 Have you ever tried to be something that you shouldn’t impress someone? How did that turn out for you? When the person discovers that you are not being honest, they will not stay long.

Molly met a handsome boy, Jake, who is from a wealthy family. Molly’s family has no money, so she’s afraid he won’t like it. So, she lies about her job and her family’s wealth to go on a date with him.

Things are sizzling between the two of them almost from the start. However, there is a black cloud of deception hanging over them that could ruin their relationship. Jake discovers the truth and Molly has to give some explanations.

Sure, he could have given her a chance if he got to know the genuine person inside, but since she chooses to lie and not be herself, he created a toxic situation that led to her demise.

Molly lacked self esteem and confidence on who she was as a person, and it cost her the one thing she wanted more than anything. The key here is that you need to stop being so hard on yourself and punishing yourself for things you can’t control. If you can’t love and accept yourself, how can you expect others to do the same?

If Molly had been honest, the story could have a completely different ending. The lesson is that you cannot get anywhere in life by being something you are not. You have to be yourself, and if people don’t like you, then it’s up to them.

Five benefits you get when you can be yourself

It is imperative that you are honest with yourself and with those around you. If you can’t be who you are, you’ll go crazy trying to fit into molds that aren’t made for you. Here are five ways you can live your best life when you are yourself.

1. You have your own identity

Science proves that there is only one of you in this world. Looking at your DNA shows that no two human beings are the same, even if you are an identical twin. Daily science publish this unique research that proves that you are uniquely you and that there will never be anyone like you.

Looking beyond DNA and science, you can see that your individuality is remarkable. The things that make you different are how you style your hair, smile, speak and dress. The world is full of people who live behind a facade, but when you can live in the truth and be yourself, it gives you a freedom that feels incredible.

Have you ever met a person who tends to “march to the beat of his own drum”? They dare to be different and they don’t care what anyone has to say about it. These are the people who are really happy on the inside, as they are not trying to fit into the box of normality.

2. Be yourself: you will get value

Have you ever tried creating a hydromassage effect in a swimming pool? What happens when you try to turn and go against the current? It is almost impossible to do.

The same things happen in life. When you dare to go against the grain, you face fierce opposition. However, do you realize the courage it takes to be different?

Remember the days in high school when peer pressure was so great that kids grew wings? If you told the “crowd” that you didn’t want to do certain things, they may have insulted you and labeled you an outcast. However, you were the winner, as you didn’t need to fit your clicks to be happy.

If you don’t stand up for something in this life, you will fall in love with anything. When you are yourself and do not apologize to anyone for it, you will gain courage that you never thought you had inside.

Limits are a topic that few people like to talk about. Setting limits is healthy both for you and for those around you. The key is not to cross these limitations for the sake of your sanity.

A healthy limit for a newly dating couple would be not being intimate for a month of dating. Even if the other party tries to break that rule, you’ve decided that you want things to be on a higher level before romance is involved. The people you date, who really care about you, will respect those limits, as they are important.

Maybe you were the kid at school who wouldn’t lie no matter what the situation. The children around you will soon recognize your limits and know that you shouldn’t be asked to lie about them. When you can be yourself freely, you can set limits that allow you to be authentic with yourself and the world around you.

4. You are focused and you have direction

People who are worried about being something they are not can really have a miserable life. It is often observed during adolescence when children experiment with expression. They can express themselves through wild hairstyles, unique clothing, and head-banging music.

However, as you get older, you tend to find what works for you. Only the problem is that some people never find their niche and where they fit in. When you can be yourself without worrying about what you should be, you can stay focused and move on.

It’s exhausting being something you’re not or trying to fit into a box that wasn’t made for you. It is as productive as chasing rainbows, and the result is an unhappy person. Be true to yourself and your focus and direction will improve.

5. You live with a purpose

Some believe that each person is here on earth with a purpose to fulfill. Perhaps, you are supposed to help the elderly in the hospice as they pass from this world to the next. You may have been called to work in a hospital with sick people who need kindness and attention.

What is it your purposeAnd what makes you feel fulfilled as a human being? If you get distracted by nonsense, you may not fulfill your destiny. Sure, there may be thousands of nurses in the city you live in, but it can make an impact just by being you.

Here is an illustration

Take, for example, the New York City taxi driver who dared to be different. As reported in 10 minutes a dayWally the taxi driver was not like the other taxi drivers in town. Harvey was visiting town and needed a ride to the airport.

There are hundreds, if not thousands, of taxi drivers in the city, but there was something different about Wally’s taxi. When he stopped at the corner, it was abnormally clean. Even the tires on this vehicle were shiny. Wally came out of the booth to help Harvey with his luggage, and his presentation was as clean as the vehicle.

He dressed like he was driving a limousine. Once inside, Harvey couldn’t help noticing the sign that spoke of customer service. They offered him a soda or water as Wally had a cooler in advance to refresh his guests.

He also has a thermos with coffee in case his clients need a little caffeine, although he also had decaf. As the journey continued, Harvey was offered a newspaper, a choice of radio stations, and even the temperature that suited him best. Intrigued by this unique driving experience, Harvey asked Wally if it had always been this way.

To his surprise, Wally wasn’t always the best taxi in town, but he decided that was what he wanted to be for his customers. He told Harvey that he spent the first five years of his career complaining and complaining about his job like all other drivers, but decided to change. He wanted to be the best driver in the world and give his clients a great experience.

Two years later, his cabin is always full and he is the most recognized taxi driver in the area. The first year with his change in attitude went well, as he doubled his regular income. The following year, his income quadrupled. You work for a large company, but people call you to request it specifically.

Look, it doesn’t matter what you do in life or where you go; When you are yourself, the sky is the limit.

Final thoughts on why it’s great to be yourself

When you think beyond the here and now and stop trying to fit into the molds created by society, you can achieve amazing things. Look at Wally, the New York taxi driver. He didn’t have a high school education and never went to college, but what he did was great for his clients. His vision and drive to be different and to stop fitting the molds made him a legend.

When you dare to be yourself, the world is your oyster. Amazing things can and will happen when you stop trying to be something you are not. This world needs people like you who are willing to hatch and Think out of the box. Remember, ducks squawk and eagles fly, and which one you want to be is up to you.

Americans Want to Use Less Plastic and They Hoard Containers Rather Than Tossing, Poll Shows