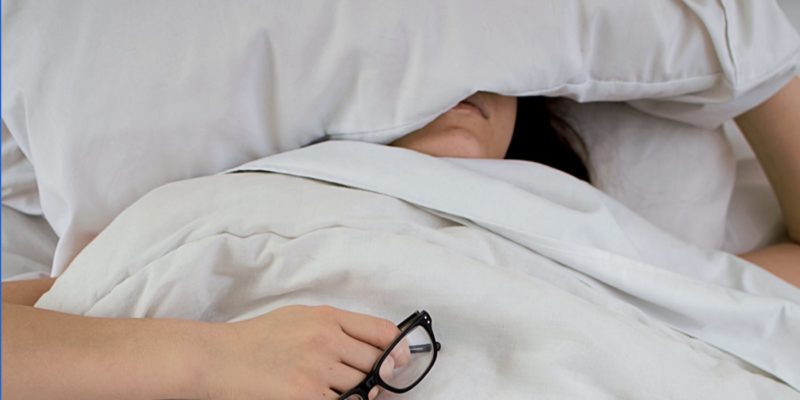 
With a completely different flu season looming, there has never been a better time to modify your diet so that you can strengthen your immune system, and there are four proven micronutrients to do this.

While many people wait until the SARS-CoV-2 pandemic can be eliminated with a vaccine, such as one from Pfizer that reported effective rates of 90% This week in first reports, more practical preventative measures to keep seasonal illnesses at bay are available today in the form of micronutrients like resveratrol, zinc, vitamin D, and probiotics, which will improve your immune health as well as help ward off colds.

Zinc, a simple soil mineral, when taken in the form of tablet can reduce the duration of a cold by 33-40%, while other nutrients such as quercetin, fisetin and luteolin, which are plant flavonoids,can bind to SARS-CoV-1 and SARS-CoV-2 protein spikes and can prevent them from entering our cells.

Some immune cells have shown cross-immunity or have genetic memories of immunity to SARS-CoV-1, declared a pandemic in 2003 in China, which has been shown in certain patients to effectively fight COVID-19. Nutrients like zinc and luteolin They work in a similar way to immune cells, and taking these supplements may not only help you if you come in contact with COVID-19 flu, but other seasonal flu that will show up this year.

Below are some other compounds that have been shown to help shorten the duration of the flu and prevent infections.

While it is true that there are people who will not feel totally safe until a vaccine is produced, vitamin D has been undeniably shown to reduce acute respiratory tract infections, while potentially also including COVID-19.

RELATED: Most people don’t get enough vitamin D, but this app can help fix it

Indeed a hypothesis has arisen in the era of COVID-19 that has shown incredibly high death rates in vitamin D-deficient populations such as Indonesia and the Philippines. Some have suggested that this is why black populations are more susceptible to the coronavirus, due to lower levels of vitamin D.

The circulating metabolite of vitamin D, 25-hydroxyvitamin D, “supports the induction of antimicrobial peptides in response to both viral and bacterial stimuli”, reads the abstract in a meta-analysis of 25 articles.

Most of our vitamin D comes from the sun, but there are many foods that are fortified with vitamin D or in which it comes naturally, such as fortified milk, egg yolks, salmon, sardines, canned tuna, or cod liver oil. Dietary sources may be entirely adequate, as normally sun-deprived Scandinavians have the the lowest cases of vitamin D deficiency on earth.

If you don’t eat those foods, a daily supplement it may be the way to go. Recently up to 10,000 IU of vitamin D were found by Mayo Clinic to be sure.

Zinc protects our bodies by stopping the replication of the viruses with which we are infected. RNA polymerase, an enzyme used by viruses to induce our own cells to replicate viral proteins, is blocked by zinc.

Zinc deficiency was also recently found to result in poor or non-existent production of immune cells such as T cells. Killer and helper T cells both have been shown in order to identify COVID-19, so a reduction or dysfunction in its regulation and production could make a person more vulnerable to coronaviruses, whether of the new or seasonal type.

75 mg zinc lozenge Not only can it help in the recovery time of people suffering from seasonal colds by 33-40%, but it is also not mandatory to take it every day, since 75 milligrams is many times more than the recommended daily amount. Therefore, a supplement could be taken as needed, especially for vegetarians because dietary sources of zinc tend to be primarily meat, with oysters being the richest source.

FURTHER: Bone broth strengthens immunity, body, and joints, and you don’t need to spend a ton to do it

It is possible to argue that a rich and diverse microbiome covering the skin, throat, colon, and stomach could protect the carrier against certain insects during flu season.

The field of human microbiome research is booming, with specialists using established data sets to monitor diseases, disorders, and trends of all grades. The citizen science work of the Human microbiome project created the largest, most genetically and culturally rich data set in the world to study the human microbiome, and a search for probiotics on its published work page turns up all kinds of research.

There is not much published literature on the interaction between the human microbiome and influenza-like viruses, however one meta-analysis From the low-quality data, probiotics were found to be better than placebo in reducing the risk of contracting flu-like viruses, as well as the days spent experiencing flu-like symptoms.

One of the problems is that the data was testing different types of probiotics. Different species can confer different characteristics, so the lack of continuity damages the reliability of the data. Presumably, this could be avoided by consuming many different types of food to support a diverse community of microbes.

Unlike zinc and vitamin D, it is very easy to change your diet to create such a community.

RELATED: Apples, tea and moderation: the 3 ingredients for a long life

“Regardless of the diet they were prescribed (vegetarian, vegan, etc.), participants who ate more than 30 different types of plants per week (41 people) had gut microbiomes that were more diverse than those who ate 10 or fewer types of plants per week. week (44 people) ”, writes a collaborative role from the University of California, San Diego based on the Human Microbiome Project dataset.

In fact, different types of microbes can be ingested simply by increasing the amount of fermented foods you eat, which could include raw, fermented, or cultured dairy products like kefir, raw cheese, and milk, or quality yogurt, as well as fermented vegetables like kimchi, sauerkraut and miso.

Making sure your new microbes stay healthy is as simple as eating more fiber and more types of fiber, and the easiest way to do that is to simply eat more vegetables; again, not relying on many of one type, but on a selection of many.

Some information here reprinted with permission of World news in general, a small news outlet on health, nutrition, exercise physiology and medicine.

Gaining much popularity as an anti-aging supplement, resveratrol is a powerful antioxidant and also helps suppress pro-inflammatory compounds such as IL-6 and TNF-alpha, compounds that are associated in greater amounts with disease, the latter of which in all cases. disease known to man.

This was demonstrated in a study where healthy individuals received a 6-week course of 40 mg of resveratrol derived from the extract of a plant called Japanese knuckle.

Now, resveratrol, a compound present in most plants that expresses itself when they experience stress, is being considered as a potential enhancer of viral infections.

MORE: Broccoli is not only good for you; Scientists discover that it contains a molecule that could be the ‘Achilles heel’ of cancer

Its main antiviral mechanisms They were seen to be elicited through inhibition of viral protein synthesis, inhibition of various transcription and signaling pathways, and inhibition of virus-related gene expressions; In other words, it makes it more difficult for viral cells to live, since viruses hijack the reproductive and regenerative capacity of our own cells. it works for its own nefarious purposes.

A comprehensive study sought to pair plant phytochemicals like flavonoids with the now FDA-approved hydroxychloroquine as a way to stop the COVID-19 coupling mechanism. Resveratrol was tested as it has been found to inhibit one of COVID’s crown cousins, MERS.

The study found resveratrol for moderate success, with luteolin and quercetin having great success.

Unfortunately, resveratrol, like vitamin D and zinc, is difficult to consume through diet. Known to exist in the skin of red grapes, it has poor oral bioavailability, and despite what your bartender tells you about its presence in red wine, you would die of alcohol poisoning before getting a beneficial amount of resveratrol from drinking.

Actually a supplement is what is needed, stored in a cold, dark environment and taken with a meal with a moderate amount of fat.

With so many people waiting for a vaccine to protect against COVID-19 or the regular seasonal flu that would undoubtedly exacerbate any infection with the new coronavirus, there has never been a better time to do what Hippocrates said and “let your food be your medicine. and your medicine be your food ”.

15 Joyful Quotes About Having a Best Friend