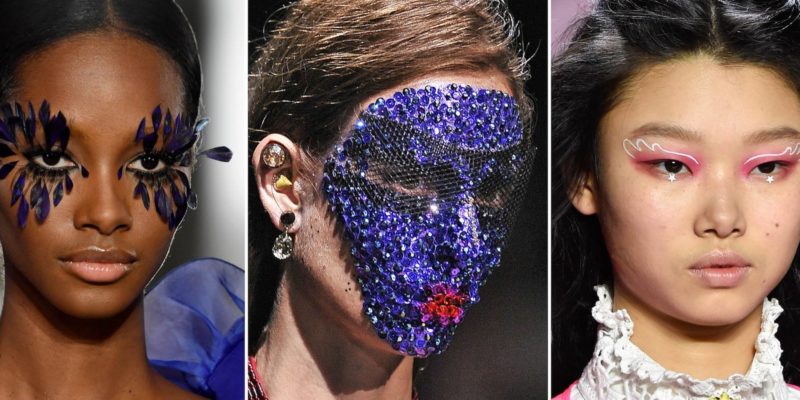 “We’re going to have some fun.” Those were the first words Pat McGrath … excuse me Dame Pat McGrath, ever said to me. For nine years, 18 seasons, I covered beauty backstage for Allure at Fashion Week in New York, Milan, and Paris. But that single moment — crammed backstage at Gucci, reeling from a red-eye flight, high on espresso shots and the Elnett in the air — is perhaps the moment I recall most vividly. My 23-year-old self was both utterly thrilled and completely terrified.

Pat McGrath is a legend, and her work extends well beyond creating makeup looks for runway shows. But that work backstage truly sets her apart from her contemporaries. For one, it’s insanely prolific. She does more shows in one season than some makeup artists do in a decade, a feat that requires dozens and dozens of trunks and a moped to whiz her through the streets of Milan and Paris. Pat doesn’t have time for bumper-to-bumper traffic when she has to get to Margiela.

It’s not only the sheer volume of runway shows Pat does that make her fashion’s beauty queen, though. It’s also the fact that her creations have helped drive nearly every major makeup trend we’ve experienced over the past two decades. The return of blue mascara back in 2012? That was Pat at Stella McCartney. Rhinestone-studded eye makeup? Pat helped usher that in with her spectacular face jewelry at Givenchy in 2014. Sublimely highlighted skin? Well, Pat’s been doing that her entire career. The technique was her well-kept secret (trust me, we begged her to tell us at every show) until the launch of her brand and, soon after, a dual-ended highlighter stick.

Not having a day off during the entirety of “fashion month” was taxing for anyone along for the wild ride. But Pat was right all those years ago when we first met. Amidst all the exhaustion and chaos, we did have a lot of fun. You never knew whom Pat would introduce you to while trying to interview her about a makeup look. I chatted eyeliner with Donatella Versace. I laughed alongside Gwendoline Christie as she and Pat recalled their club days in London. I’m pretty sure I have a voice memo where Paul McCartney pops into an interview. When Pat’s backstage she’s never looking to be the center of attention — in fact, she’s usually trying to evade it. But everyone who’s anyone wants to stop and chat with her and, if they’re really lucky — like Tilda Swinton was backstage at Lanvin one season— even hop into her chair for a quick touch-up.

Pat McGrath is happiest when she gets to execute a real look for a show. With a wink and a cheeky smile, she would always give us backstage editors a heads up when she knew a major makeup moment was coming up on the schedule, whether it was lashes made from faux feathers or Swarovski-studded lips. Those are some of my favorite backstage memories: geeking out with Pat over our mutual love of elaborate makeup, sometimes sticking around until seconds before the show in hopes she’d divulge an extra tidbit about a look — like how she made the eyebrows look like brocade fabric at Dior, or how she glued dozens of false lashes together for those Bambi eyes at Louis Vuitton.

To truly give Pat McGrath’s contribution to fashion the justice it deserves, you’d need to clear out a floor of a museum. This collection of 30 images is just a small example of what she’s created for the runways over three decades. They’re the looks that have sparked trends, influenced the market, or simply turned the beauty world on its head for one reason or another. And they’re the looks that she’s built her namesake brand around. So sit back, scroll through, and prepare to understand exactly why McGrath has earned the right to be called the most influential makeup artist in the world.