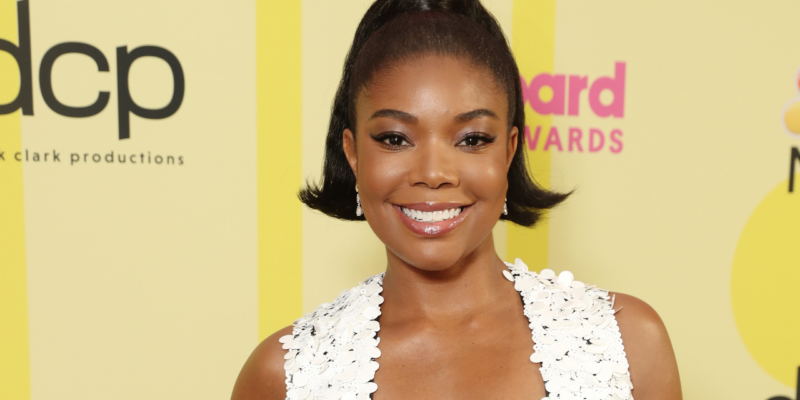 It’s safe to say that the overall sentiment at the 2021 Billboard Music Awards is, well, everyone is pretty much just happy to be there. Last year’s ceremonies were largely remote, but this time around, the music industry’s most supported talent has the pleasure of being in each other’s company — there’s even a crowd and everything.

The feeling was not lost on Gabrielle Union, who is on hand this evening to present the award for Top-Selling Song. Before the show, she stopped on the red carpet for a chat with E!’s Tanya Rad. When Rad asked Union what she was most excited about this evening, Union’s response didn’t include any details about performances or bumping into any one of the artists. Nope, the actor is taking pleasure in far simpler things these days. “I’m excited to be out of the house and putting on deodorant consistently,” she replied.

And honestly — we get it! After over a year of limited contact with human beings, whether or not you’ve been keeping up with things like… wearing deodorant (or for some folks, showering), it’s nice to have a reason to dress up and venture out.

Of course, fresh armpits alone do not a red-carpet look make. Union turned out in a slinky floor-length gown with a plunging neckline, adorned with white paillettes. Her makeup is decidedly soft glam, with fluttery lashes and glossy nude lips. Her hair was pulled up into a high ponytail with flipped-up ends, and a little hair tied around the base.

Union is ready for the streets and the streets are ready for Union. And while the beauty looks this evening have been a bit more daring, it’s nice to see this simple, glamourous moment on the actor.