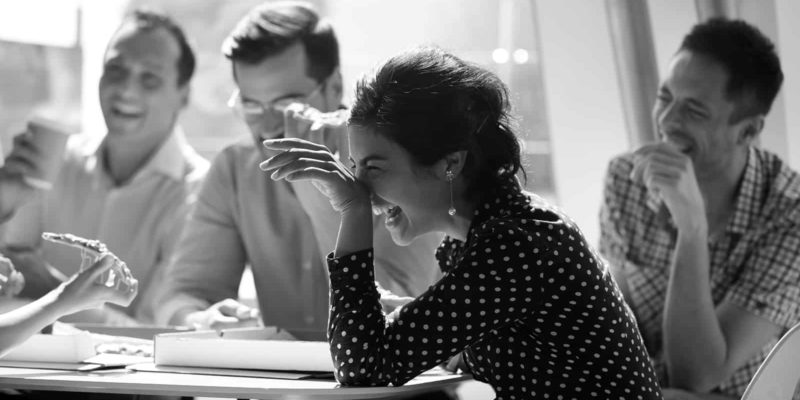 Do you have friends, colleagues, or family that you would call immature? Their immaturity comes from the way they act, speak, and present themselves.

While everyone has an inner child Who comes out from time to time, this person takes things to the extreme.

Many things can cause someone to lack the wisdom they need, but most of it comes from age and experience. You certainly wouldn’t expect a person at 18 to be as wise as someone who is 47. Many will learn and grow as they age, but some have underlying personality disorders or other mental health conditions that cause stunting.

The easiest way to determine a person’s level of maturity is through the words that come out of their mouth. So here are 20 of the most annoying sayings used by those who are a bit immature.

Most adults will tell you they have a to-do list a mile long. However, they see red when their children use phrases like “I’m bored.” A person using such words shows their levels of immaturity and lack of ways to effectively stay busy.

Veil threats are another tactic used by the immature. They do not know how to express their feelings, so they try to manipulate the situation. According to the National Library of MedicineA hallmark of the immature is their selfish nature, and they often see this in children with ADHD.

When someone refers to being young, they usually want to do something daring or even dangerous. They don’t think about the consequences of their actions. It can also be a sign of an underlying mental health condition.

In the real world, you can’t snap your fingers and make everything happen the way you want. It would be helpful if you took things as they come, and sometimes that requires waiting. Someone making comments about not wanting to be patient and waiting only shows their level of immaturity.

The immature person is always pointing the finger at the other person. They don’t like to take credit for anything that was done wrong, so they will gladly throw someone else under the bus if that frees them.

Unfortunately, everyone has to do things in life that they don’t feel like doing. If you constantly complain about not wanting to go to work or do housework, it shows that you need to grow a little. Life is full of things that no one wants to do, but you can’t make those around you miserable about it.

If a person asks you if you should do something, it is as if a child is asking his or her parent for permission to skip this task. Unfortunately, while it is common at home, it is not as prevalent in the workforce. Sadly, the world doesn’t revolve around just one person, so you can’t always get out of things that need to be done.

When someone uses this phrase, they can say that it is a wasteful purchase that is not in the budget. They will use these manipulative tactics to try to persuade you to allow them to do whatever they want. It can also be seen as a threat that they can and will spend as they see fit.

Perhaps your partner did not pay the electricity bill and now you are facing a disconnect. Unfortunately, they try to justify their behavior using statements that they say they did not realize the importance of the situation.

Whatever “it” they forgot to do, it was probably necessary. So this phrase was an excuse when they failed in their responsibilities, a definite sign of immaturity.

This person believes that they are the only one who can fix the problem. They have an exaggerated view of themselves, which is as immature as it is arrogant. However, once people mature a bit, they realize that it’s not just about them and their abilities.

Isn’t it irritating when someone feels like they need to prove you wrong? Using a phrase like “I’ll show you” is challenging by nature. They think what you said was a threat, so they pretend to make a learning experience of this situation.

Two of the rudest words in the English language are “shut up.” Someone who uses such phrases shows that his vocabulary has not matured. It is much better to use terms like “Could you be calm?”

While you should never live your life in fear of what others might think, making such a frivolous statement is from someone who just doesn’t care. When you are younger, you tend to be a little freer, but you learn that you need to keep the peace as you get older. Your actions should not be offensive to others, no matter what they think.

If you step on someone’s toes or say something they don’t want to hear, they might ask you to leave them alone. As they try to tell you that they need some time and space to calm down or process what they have heard, everything goes wrong.

Imagine telling your employee that you need them to make a report before 2pm. It was a rushed topic that needed his prompt attention. They didn’t like what you told them, and they looked at you in disgust and said, “I can’t even now.”

Sure, it may be enough to get them fired, but it’s also their way of telling you they’re overloaded. They lack the appropriate vocabulary to communicate effectively, they are overwhelmed. Of course, it is very childish to make such statements, but it is a sign that they are not mature.

One-word hits like “whatever” are commonly used to knock someone out of line. Then when the immature does not want to continue the conversation, he is eager to close it with a frivolous comment.

If you’re a parent, you’ve probably heard your child tell you once or twice that he hates him. You are expected to say those things when you are a teenager, but these words should never come out of your mouth when you are an adult. Again, it is a way that the immature use their words to fight their battles.

In the 1990s, teens started raising their hands and telling people to talk to them. Well, what they were saying is that they didn’t have the time or energy to deal with you at the time. So, it was a less subtle way of telling him to shut up.

It is an old saying that still circulates, especially among the older and immature generations. When someone raises their hand, turns and walks away, it is a real sign of their immaturity.

The average person speaks more than 7,000 words a day, according to Linked. However, some of those words can be a bit difficult for those lacking in maturity to hear. If they don’t like what you have to say, they can fight back with something like “That’s not cool.”

While you may feel like you’re talking to a teenager, the words can come out of an adult’s mouth just as quickly. Unfortunately, this good individual communication skills.

Have you ever told someone some news, and they turn around, look at you and say, “Are you real?” It is a sign that your level of maturity is not entirely correct. Unless you joke around a lot, there is no reason to doubt your words or expect it to be a twisted joke.

Final thoughts on identifying immaturity in an adult

There are tons of little phrases that are used every day by those who lack the maturity to communicate with others in the world around them. Have you ever heard someone curse all the time? The American scientist claims that people curse when words fail them.

However, actual immaturity comes from a place that is stunted or not fully developed. Many teens turn 18 and hope it is a magic number that transforms them from childhood to adulthood, but that is not always the case. If someone is immature, loses social cues, or never reaches milestones, there could be a condition like autism spectrum disorder or ADHD to blame.

The key is not to judge too quickly when it comes to immaturity, as each person walks a different path in life. Some mature too fast and some not fast enough. However, what counts is learning to live in harmony.

15 Behaviors That Reveal a Toxic Woman