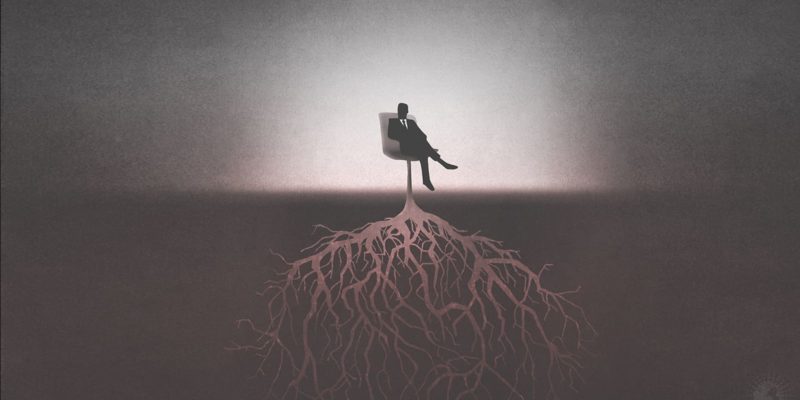 There are many types of people in the world and highly independent people have a unique set of characteristics.

Independent people do things that others don’t and often don’t even realize. Also, often learn things the hard way, which essentially makes them stronger.

Independence is a quality that many are born with, but you can practice their habits more independently. Obvious signs of a highly independent person include being decisive, strong-willed, and wanting to do things alone.

15 things a highly independent person does

1. An independent person is not afraid to take risks

Independent people strive to improve themselves and their lives all the time. Having a better life means that they take more risks than others because they are not afraid of the consequences. They can handle the consequences if things don’t go well, so it’s worth the risk.

Independent people do not want to follow the same path as others. They want to differentiate themselves as they work towards their dreams and goals.

2. They have good habits

Those who are very independent know that the things they do become a habit. So, without realizing it, they develop good habits by constantly doing beneficial things. It also seems like they are always developing new habits.

Having good habits helps people to have independence and confidence. When they know they can do things on their own, they feel satisfied.

3. They keep an open mind

Life changes all the time and there are always new things to adapt to and accept. Independent people view these changes and differences with an open mind, which helps them grow and move forward.

Having an open mind means being receptive to new opportunities and perspectives. It also means considering the ideas of others and giving everyone a fair chance.

4. They are not easily swayed

When an independent person makes a decision, they are not easily swayed. They listen to the ideas and opinions of others, but stick to their decision without hesitation. Your beliefs, values, and desires are the only things you consider when making decisions.

One of the reasons they are so confident in their decisions is because they are confident. They believe in themselves and trust that their instincts are correct. Also, if their decision was wrong, they are prepared to face the consequences when the time comes.

Independent people enjoy spending time alone and often prefer it to spending time with other people. They also have fewer friends than others, but are deeply connected to the ones they do have.

Going out alone is not a problem for independent people. They like to shop and eat alone and will even go to the movies alone. The time they spend alone at home doesn’t bother them either, and they may prefer to live alone.

When an independent person is in a relationship, their desire to be alone does not diminish. Instead, they learn to incorporate separation time in your relationship, helping to keep the connection strong.

6. They plan for the future

An independent person plans for the future rather than doing things on a whim. They see the big picture and are not looking to have fun. Because of this, freelancers also tend to save more money.

For many people, saying ‘no’ is difficult to do. They are afraid of hurting others or making them angry. On the other hand, independent people have the strength to say ‘no’ whenever they want.

Being able to say ‘no’ is not a bad quality because people who say ‘no’ tend to be less stressed than others. They know when they have too much on their plate or when they would not enjoy something. So instead of keeping quiet, they take care of their wellness and deny the request.

8. They avoid asking for help

Independent people don’t like to ask for help because it makes them feel weak. Instead, they choose to fight each task to prove to themselves that they can do it.

Even when they meet someone who can help, they will avoid getting close. If the independent person has no choice but to ask for help, they will feel defeated and disappointed in themselves. Even if they tried their best, it is difficult for them to deal with not getting things done on their own.

9. An independent person is not afraid to lead

When you see someone taking the lead even when they are not officially in charge, they are likely an independent person. They will not let their group fail and will make things difficult without hesitation. You may also notice that they take it personally when things are not going well and blame themselves for it.

In official leadership positions, you may notice that successful leaders have the qualities of an independent person. They are not overwhelmed by the opinion of others. Also, they are not afraid to speak up when necessary for themselves, other people, or a cause.

Not being easily swayed, they stick to the decisions they consider to be correct. However, they still listen to the opinion of others with an open mind. This helps them to positively lead the team, which is why they tend to be good leaders.

10. Sometimes they go off the grid

To the dismay of their loved ones, independent people sometimes go days without speaking to anyone. They are not doing it on purpose or to worry anyone. They often don’t think about it and worry about their thoughts.

Constant communication is not something they want in their lives, but it doesn’t mean they don’t care. When they get closer again, it will be as if nothing has happened and as if time has not passed.

11. They talk but don’t waste time with people who don’t deserve it

Independent people are not afraid to speak up. Whether they stand up for themselves or something they believe in, they don’t hesitate when it could make a difference.

However, if they know that the other person won’t listen to them or won’t care what they say, they don’t waste time on that. They know it won’t make a difference and ignoring it is sometimes better.

They are not afraid to set limits and enforce them, and they talk about what they want. You never have to worry about your position with them because they will tell you how they feel.

When something needs to be done, an independent person takes care of it. They don’t wait for someone else to tell them what to do or help them. Then they get the job done quickly and efficiently.

This characteristic is what helps independent people to be successful. They recognize what they need to do and don’t hesitate to get started and stay focused.

Independent people they are observers and are constantly observing what is happening around them. They see things other people don’t see and they acknowledge the intentions of others.

Respect for yourself is very important for an independent person. They respect your body and mind, which sets a precedent for those around you. Furthermore, they recognize that all the things that make them unique are what shape them.

15. They do not accept advice well

Some people seek advice for everything in their life, but independent people do not. Although they will listen to people’s opinions, they do not usually follow their advice.

The reason for not following the advice is not that they do not value the input. Once an independent person has made a decision, it is difficult to convince them to change it.

Very independent people tend to do certain things without realizing it. You have probably thought of yourself or someone else in your life while reading the things they do. Independent people are born with that mindset, but you can also strive to be more positive by practicing some of their habits.

Being independent means believing in yourself and trusting that you will do things right. It does not mean that you do not value and appreciate others, it simply means that you want to do things on your own. There is nothing wrong with that, and it is a good way to think.

Strive to be more independent so that you can have confidence and respect for yourself. It will help you move forward in life and you will feel good about yourself. Plus, you won’t have to depend on others to get things done.