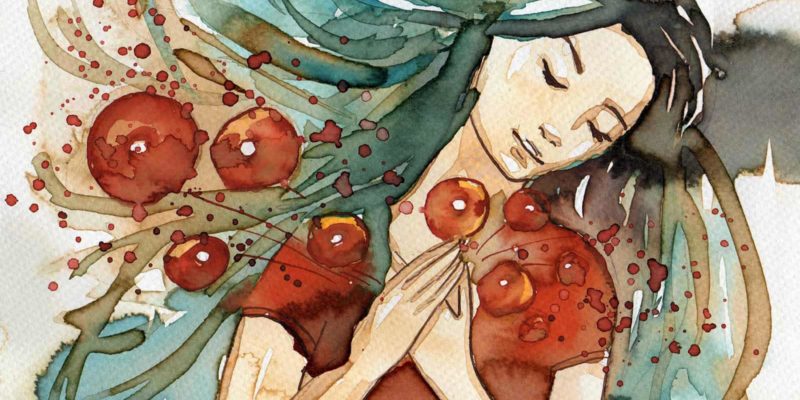 Being hypersensitive is sometimes considered a bad thing, but it doesn’t have to be. There are benefits to being like this, including being empathetic, self-aware, and motivated. Hypersensitivity helps to be more aware of personal emotions and to pay attention to details.

Researchers Explain that the key to turning hypersensitivity into something positive is for the individual to learn about emotional intelligence. However, they must first know that they are hypersensitive. If you think you may be hypersensitive or someone in your life is, these actions will help you figure it out.

If a person does not realize that they are prone to hypersensitivity, they will not learn to use it to their advantage. Could cause anxiety, stress, depression, isolation and bad experiences. However, if you know how to turn it into something positive in your life, you can use it to your advantage.

15 behaviors that reveal a hypersensitive person

Do you think you could be hypersensitive? You may recognize the following behaviors in yourself!

1. They have good manners

A sign of a highly sensitive person is that they have better manners than other people. They are considerate and likely to notice when others are lacking in this area. Also, they are aware of their surroundings to make sure they are not blocking someone or interfering with someone else’s actions.

They pay attention to the people around them and make sure to recognize them immediately. Also, they are often quick to apologize and thank someone for helping them. If you notice that someone seems overly polite, it could be a case of hypersensitivity.

2. They take a while to make decisions

They don’t procrastinate, but they spend every available second to make sure things are perfect. If the time is allotted, you can expect them to use it.

Being hypersensitive is revealed when someone has extreme emotions compared to other people. Their feelings are more intense, they seem to laugh too hard or for longer than others. It is also revealed when they cry for little things or much more than for the same situation.

They may even get annoyed by situations that don’t bother others. This action may take you by surprise because you will not expect your excitement.

Since hypersensitive people have intense emotions, they can communicate better than others. They find it easier to connect with people and be empathetic, helping them communicate in a way that other people respond well to.

Another reason they communicate well is that they know how to respect personal boundaries. Respecting boundaries makes other people comfortable with them and can make it easier for others to open up. They also read the emotions of others well, helping them to see what the other person needs at that moment.

5. They are easily overwhelmed

Very sensitive people get overwhelmed very quickly because they experience more emotions. Plus, they work so hard that it quickly feels overwhelming. Unfortunately, feeling overwhelmed can cause a decrease in productivity and can lead to burnout.

They also take on more than they can handle, which doesn’t help them feel less overwhelmed. Leads to disorganization, anxiety, depressionand uncontrollable emotions. They also don’t like to ask for help until it’s too late to fix the problem.

6. They like to work and do other things alone

Hypersensitive people are great at working in groups, but they prefer not to. They prefer to work alone because they do more that way. Also, they like to control their surroundings and being alone helps them focus.

This type of person is also easily stressed when working in a team because they do not enjoy commitment or collaboration. While this largely applies to a work environment, it doesn’t just stop there. They also avoid team sports and like to exercise alone when in the gym.

Being self-aware means that you are in tune with your emotions and know why you feel that way. With self awareness, people can be more successful, thoughtful, and social if properly regulated.

However, if they don’t learn to self-regulate, self-awareness can cause poor social skills, lack of self-care, and unpredictable emotional expression. Once they learn to regulate their emotions before reacting, they can reverse the negative consequences.

If you know someone who is easily annoyed by seemingly small things, they are likely oversensitive. You may notice that you agree to something one day, but then freak out the next. They can react negatively to things that don’t matter in the long run, making others around them feel nervous.

9. They emotionally attack someone when there is a problem that needs to be fixed.

When an overly sensitive person is frustrated or upset, they tend to attack others rather than fix the problem. They may end up saying things they don’t mean in an attempt to make others feel bad too. Emotional attack also happens when other people give you feedback, even if they are kind.

Because hypersensitive people are often insecure, they make incorrect assumptions about others. If someone corrects you or tries to give advice, take it personally rather than learn from it. They also don’t like to talk because they worry that people will think badly of them or their ideas.

11. They pay close attention to details

Highly sensitive people are detail-oriented and pay close attention to the things around them. They process more information than most and help them notice things that other people did not see. Sometimes they will notice a detail that does not seem necessary and is essential in the big picture.

12. They are more bothered by sounds than others

If someone is overly sensitive to noise, it is a sign of hypersensitivity. Loud or chaotic noises tend to overstimulate them, leaving them upset and anxious.

It is important to note that this is not the same as someone who is sensitive to noise. For those who are overly sensitive, the noises are beyond frustrating.

13. They react quickly and in an exaggerated way

Although hypersensitive people take a long time to decide something, that does not mean that they do not react quickly to emotional situations. They often react in this way to the noise, movement, or behavior of others.

This tendency to react quickly can be good in some situations, but it can be bad in others. It is good in the sense that it can protect them and those around them. However, it is a bad reaction when something they thought was a threat turns out to be harmless.

Reacting in this way can cause anxiety, distress, and exhaustion. Those negative results are the reason why it is harmful when the situation was innocent.

14. Hypersensitive people tend to analyze too much

Very sensitive people cannot put things aside even after they happen. They tend to reproduce each situation in their mind, overanalyzing everything they said and what the other person said. Overly sensitive people also tend to act out scenarios that may never happen.

When they are busy analyzing too much, they lose focus on what they need to do. Sensitive people struggle to let go of thoughts, even after realizing that their thinking is holding them back. This type of person will check every text message, email, or conversation for its true meaning.

15. They work too hard themselves

Hypersensitive people tend to consume too much and burn out quickly. They will take on all the tasks that no one else was willing to do, without even considering whether they can handle them all. It leads to putting those tasks ahead of all other things in your life and feeling a lack of balance.

Being a hypersensitive person can be beneficial as long as the person realizes it. Once they have identified that they are experiencing hypersensitivity, they can learn more about it to make it a positive part of their life.

Hypersensitivity can help someone to be successful, self-aware, observant, and good at socializing. On the other hand, it can cause isolation, lack of motivation, and other problems if not handled well. Learning to regulate overwhelming emotions is essential for hypersensitive people.

If you recognize these behaviors in yourself or someone you know, it is a sign of hypersensitivity. Learning how to use it to your advantage is key to making the most of it. It can be a good thing once triggers and actions are recognized.