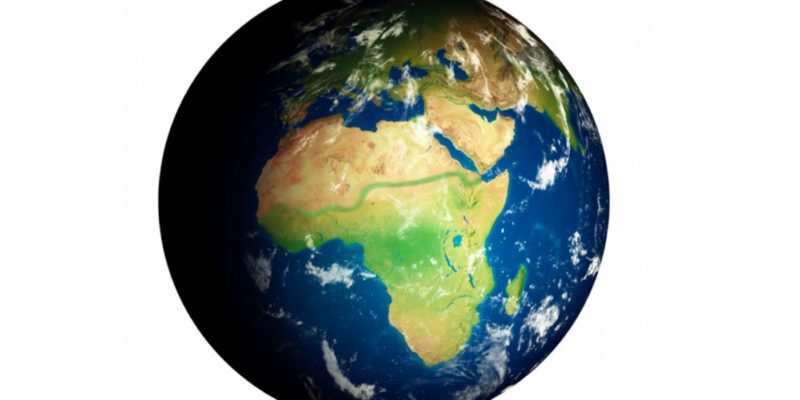 
Efforts to finish Africa’s Great Green Wall, which has been stopping the desertification of villages near the Sahara, received a multi-million dollar boost this month, and nations are saying, ‘Merci!’

After the ‘One Planet Summit for Biodiversity’ held virtually in Paris on January 11, French President Emmanuel Macron announced that $ 14 billion was pledged for additional funding over the next ten years.

This financial support will accelerate the Great Green Wall’s efforts to restore degraded lands, create green jobs and protect biodiversity in the Sahel and Sahara region, according to the United Nations, which helped organize the Summit.

Funders include the Government of France, the World Bank and the African Development Bank.

By planting a massive wall of trees across the continent, stretching for 5,000 miles (8,000 kilometers), the Great Green Wall is not just holding back the desert, is curbing poverty, too.

Launched in 2007, the Africa-led initiative originally involved 11 countries, planting and caring for trees that provide an ecological barrier along the southern fringe of the Sahara Desert that runs from the Atlantic coast to the Red Sea.

The region was once a lush oasis of vegetation and foliage in the 1970s, but the combined forces of population growth, unsustainable land management, and climate change turned the area into a barren and degraded strip of land.

By 2019, the initiative had recruited at least nine more countries to plant drought-resistant acacias across the width of the continent. At the time, the wall was only 15% complete, but it had already dramatically impacted the participating countries: more than 12 million acres (5 million hectares) of degraded land had been restored in Nigeria; In Senegal 30 million acres of drought resistant trees have been planted; and a whopping 37 million acres of land has been restored in Ethiopia, just to name a few of the states involved.

The new funding provides 30% of the development money needed to complete the project by 2030.

CHECK OUT: 14 years ago, the Amazon was being ravaged by soybeans, then everything changed here when corporations joined activists

“The Great Green Wall is an inspiring example of ecosystem restoration in action,” said Susan Gardner, director of the Ecosystems Division of the United Nations Environment Program. “It is fast becoming a green growth corridor that is generating investment, boosting food security, creating jobs and sowing the seeds of peace.”

Mohamed Cheikh El-Ghazouani, President of Mauritania and current President of the Conference of Heads of State and Government of the Pan-African Agency for the Great Green Wallcheered the news.

“Mobilizing this additional funding through an innovative approach will undoubtedly contribute to the achievement of the Great Green Wall goals, which by 2030 aim to restore 100 million hectares [42,400 square-miles] of degraded lands and the creation of 10 million green jobs, ”said Ghazouani.

The approach, using a ‘Great Green Wall Accelerator’ to raise the funds, was responding to new challenges posed by the COVID-19 pandemic, which has depleted resources in Africa.

“In a post-COVID context where Sahel countries are struggling with budgets and financing, this accelerator will help meet financial requirements and accelerate the achievement of their goals,” says the UN. in a sentence.