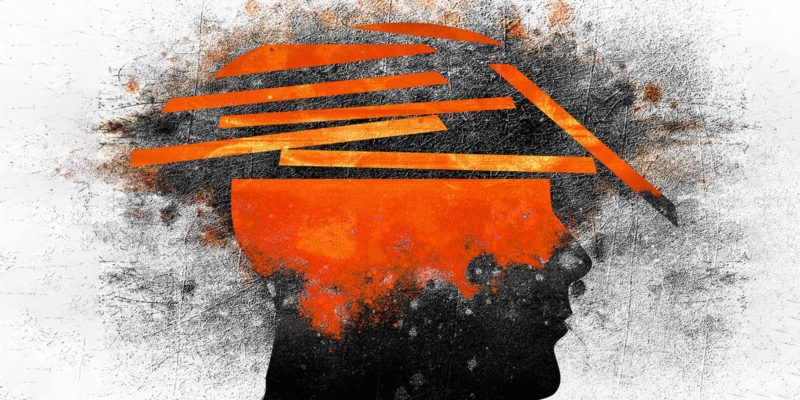 
Do you or someone you love fight? cognitive impairment? As you age gracefully, loss of brain function is a major concern. Conditions like dementia and Alzheimer’s threaten to live out their golden years of health and happiness. You can do things to prevent or slow the progression of a cognitive problem, such as quitting smoking, increasing your physical activity, and playing challenging mind games.

Unfortunately, there is no cure or way to stop cognitive problems, and dementia is often called “the long goodbye” as a person can suffer for many years with this problem. How do you know if you have memory problems associated with stress overload or if your brain is experiencing problems related to dementia?

Cognitive impairment it’s scary and too worrying for you, as well as your family and friends. Fortunately, some distinguishing signs indicate that there is a problem and intervention can begin to try to slow down progress. These are the most common symptoms that show something is wrong with the brain and needs to be addressed.

Most people with diseases like dementia seem to be stuck in the past. They may remember meeting their spouse, the birth of their children, and other crucial moments initially. It is short-term memory that seems to be affected the most.

Over time, both short-term and long-term memories are almost erased as the disease progresses. Memory loss on a small scale it is almost always the first sign of a dementia problem.

Many people with dementia will make lists themselves to help them achieve their goals. They can’t remember things and following a list can be challenging. You can incorporate sticky notes to remind them of simple things to do, like brushing their teeth.

However, this little trick is only useful at first. A person suffering from this condition will eventually forget to use the bathroom and other important functions.

Completing daily tasks can be a major hurdle every day. They can go to the bathroom ten times, but still forget to shower. They know they had to go in there, but they don’t remember why.

Once in the shower, they may forget that they need to wash their hair and other typical bathroom behaviors. The need for home health care or for a family member to intervene is evident. When it reaches this stage, a person should not be left alone.

Confusion is commonplace with cognitive decline. You should not argue with this person as it only makes things worse. They can have all kinds of names and dates mixed up, but it’s best to let them believe what makes them happy and seek help for forgetfulness.

Confusion is very scary to the person and you. So it would be helpful if you learned tricks to defuse the situation and redirect them to something else.

As the brain continues to struggle, the ability to interpret visual stimuli becomes a problem. When visual coordination is required, a person who has dementia it may not process visual stimuli in front of them.

This person is expected to lose interest in things they once loved, such as knitting, driving, or sewing. Anything that requires sharp skills involving vision will become increasingly difficult.

Speaking becomes a problem in more advanced cases where there are cognitive problems. They lose their words, the ability to keep track of their thoughts to complete a sentence, and often tell the same stories over and over again. The part of the brain that controls speech is the left frontal lobe, according to the Weill Institute of Neuroscience.

According to Mayfield Clinic, the left hemisphere of the brain is the one that controls the ability to write. As the brain cells in this region become damaged, things as simple as writing your name become impossible. They may have always had excellent grammar and punctuation, and now they can’t spell anything.

One of the first signs of cognitive problems is continually losing things. The remote may have been gone for weeks and found outside in the garage. The ice trays that go in the freezer can be in a kitchen cabinet. All kinds of odd placement of items becomes quite common.

A person’s ability to make decisions disappears as the decline worsens. They may not be able to make a change at the grocery store or make the decision to seek medical help in an emergency. The problems of poor judgment are progressive.

The world becomes a scary place for a person with cognitive impairment. Since knowing names and faces is often a problem, they may be terrified to leave the house. They find comfort in familiar things and like to have the few things they recognize close to them.

Did you know that the hypothalamus is the section of the brain that controls your mood and tells you that you need to eat and drink? When there are severe mood disturbances, the decline is affecting the center of the brain, according to MD Health. It doesn’t have to be dementia that affects this part of the brain, as any trauma to this region would produce the same results.

The frontal lobes are part of the brain and help control your personality. A person who has damage to this area may experience sudden changes in their behavior. For example, an individual who was always cheerful and smiling may suddenly become combative and bitter. They have no control over this as it is a total deterioration of the brain. According to ScienceThis is the most extensive section of the brain, so when affected, a person will experience the most significant symptoms.

Once the cognitive decline is in more severe stages, the person will begin to wander. For whatever reason, it tends to always occur during the afternoon or evening hours, which is when anxiety is usually worst. They may be searching for a place in your mind or dealing with confusing malfunctions of neurons in the brain, but wandering is quite common.

It is called “sunset syndrome” because it often occurs at sunset.

Most caregivers and family members note that the advanced stages of dementia make a person want to go home. They will ask to go home many times during the day, even if they are at home. This means that they no longer recognize their surroundings and are very confused by everything they see.

At this stage, they no longer recognize many faces nor can they remember names.

There is no cure, but there are many prevention methods and things that can help slow the decline. The first and best thing you can do is use natural supplements to help.

If you want to improve brain function, try things like turmeric, sage, rosemary, vacha, ashwagandha, saffron, cinnamon, ginger, and kava kava. You may need to try several before you find one that works, and some herbal combinations may work better.

Before taking any supplement, make sure it does not interact with anything else you are taking.

• Do activities to strengthen the brain

Many activities can help strengthen the brain. Things like crosswords, sudoku, and puzzles are often considered the best. Many nursing homes and assisted living facilities use things like music therapy and other activities to help stimulate the brain.

If you want to reduce cognitive impairmentSo it is essential to eat the right diet to fuel your brain. Don’t skimp on those leafy greens, cold-water fish like salmon, and lots of healthy fats. The Mediterranean-style diet is known to slow down cognitive problems, making it a good option.

When faced with cognitive decline, it is scary and overwhelming. Some things can be done to slow or prevent progression, but there is no way to treat it. People do not die from dementia or Alzheimer’s, but their body develops comorbidities such as respiratory or kidney failure.

Fortunately, you can live with cognitive problems for many years, and you can slow them down by changing your lifestyle a bit. If your family has a history of such problems, it is best to take proactive steps from the beginning. Things like making sure you get enough rest, exercise, and adding some herbal supplements to your daily regimen can make a big difference.