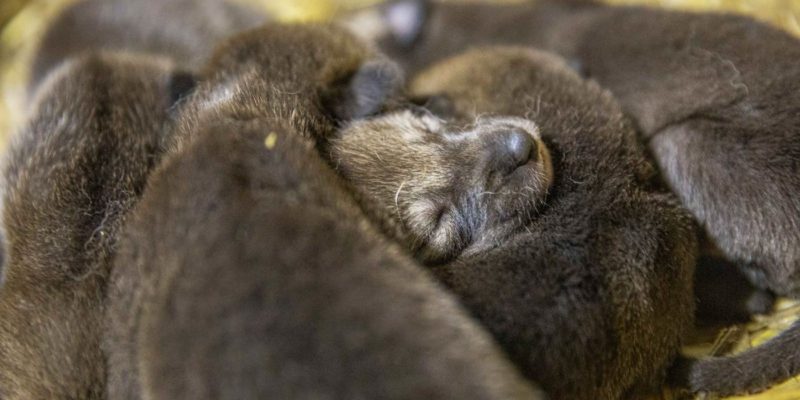 All cubs and their mothers are healthy and well, this being the first time in the history of the North Carolina Zoo’s red wolf breeding program that a trio of litters are born in one spring.

The newest cubs bring the number of red wolves currently in the Asheboro-based program to 36, making it the second-largest group in the US after the Point Defiance Zoo and Aquarium in the state of Washington.

Only 15 to 20 red wolves remain in the wild, and they are all in eastern North Carolina. Currently, they are considered the most endangered canid in the world.

For the first time in two decades, one of the litters was born in the public habitat of the red wolf, to parents Flint and Sassy, ​​giving zoo visitors a rare opportunity to see the cubs for a limited time.

The cubs will most likely be visible beginning in mid-June, when they begin to venture out of the den. The wolf family will move to the non-public breeding area when the cubs are older and are weaned from their mother. The other two litters were born in non-public viewing areas of the zoo.

“Congratulations to the North Carolina Zoo for playing an essential role in the survival of this critically endangered species,” said Secretary Reid Wilson, North Carolina Department of Natural and Cultural Resources, in a sentence.

“These births are important because many of our wolves, once mature, have been transferred to other breeding packs to continue to help bring this species back to near extinction. Our hope is that soon more and more red wolves can be placed in the wild. “

Now it’s up to the public to name the litters, and the zoo promises to publish a survey next month. Prepare to cast your vote.

SHARE the Howling Good News with your pack on social media …