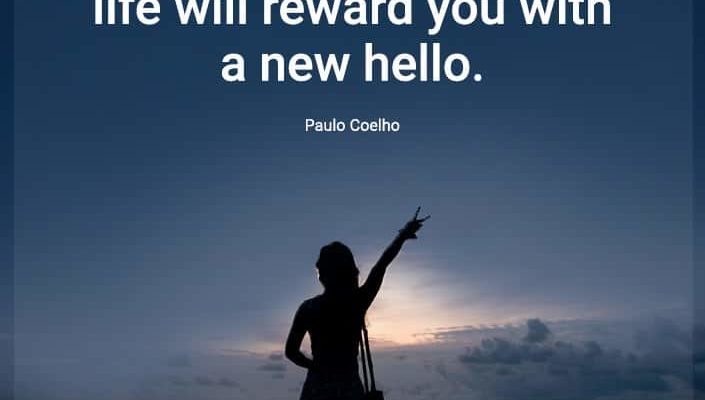 Every relationship comes with luggage. When someone breaks your heart, it’s not easy to get over those bad experiences. Sadly, the people you engage with after failed relationships are affected by what others have done.

Healing a broken heart It is not an easy task and it can take years to get over a relationship that has gone wrong. Whether you’ve been through some bad experiences that have hurt you deeply, or you’re with someone who’s been through disappointments, remember that it takes time and patience to overcome them.

While your situation may feel like an isolated incident, many relationships fall into storms. The key is to solve these problems, if possible, so that you can be one of the couples that manages to survive in the long term.

However, if things can’t be fixed, it can cause you a lot of trouble in a new relationship. These are the most common bad experiences people face while in love.

Cheating is one of the biggest blows to a relationship. When someone leaves the union and has an intimate relationship, it is devastating for the other party. It usually indicates that something is wrong or that their needs were not being met.

Infidelity is one of the main causes of trust problems. Although the person you are with now may never consider cheating, you are likely to be suspicious. Learning to trust again after your heart is broken will require patience and understanding of your new love.

Did you know that more than 20,000 phone calls related to domestic violence are made every day in this county? There is never a reason to hit anyone, much less someone you love. The National Organization for Statistics on Domestic Violence claims that every minute across the country, 20 people are beaten by a lover. During one year, this equates to 10 million people who have suffered physical abuse.

Physical abuse is pain that affects you both inside and out. Wounds from a beating will heal, but internal damage is not so easily removed. Although, in many cases, women are abused, men are also mistreated every day by their partners.

One of the pillars of relationships is trust. When someone has a lying problem, it is not difficult to tell. Furthermore, lies tend to snowball until they create a large, tangled web of deceptions.

The person you are lying to will find that trusting is a challenge, and you may be suspicious if your new love tells you that he or she is working late. You may want them to check your stories or show proof of anything that doesn’t suit you.

The problem is that they can do everything right, but it is the mistrust within you that questions everything.

Narcissistic people they are very manipulative and toxic to love. They are not in love with you; instead, they want to use you to move forward in life. The problem is that they have an inflated view of self-worth that is difficult to handle in a relationship.

The manipulative person will use and abuse you for their benefit, and they don’t mind physically putting themselves in your place. Getting out of a turbulent relationship like this will undoubtedly come with baggage. According to the National Library of MedicineNarcissists have problems from their childhood that they have buried deep and that is affecting their view of themselves.

Substance abuse can be anything from alcohol to illegal drugs. When someone has an addiction, they will spend their last penny to fix it. If you have lived with someone with a dangerous habit, then you know how harmful it can be to you and the whole family.

Serious financial problems often arise, as well as verbal or physical abuse. While some people get intoxicated and fall asleep, others become very aggressive.

Gaslighting is not a fun experience to live, and many of the people who do such an act have an underlying mental illness. Gaslighting means that someone is trying to make you doubt your sanity by using manipulative tricks. According to Medical news today, there is usually an imbalance of power that causes one of the parties to lower themselves to those levels.

Name calling is a common reaction to an intense argument. However, being insulted, even in the heat of the moment, can leave huge scars. When the person you love calls you dumb, stupid, or idiot, it affects your esteem.

Jealousy is a major problem that can destroy relationships. When you have been cheated on, you may become jealous to prevent this from happening to you again. Also, some people are a bit more possessive than others and this causes a lot of problems.

Financial problems can shake the foundations where you live. When there is a shortage of money or someone who spends too much, you live in fear. Financial stability is essential to managing their anxiety, and everyone wants to know that they have enough money to pay the bills and put food on the table.

If you’ve been in a financially troubled relationship, you may have a lot of money. People who have lived through the Great Depression they often became hoarders due to its frugal nature. Did you have a relative who kept every container or jar of butter that came to your house?

Living with mental illness is brutal because of the stigma attached to it. While many people would see no reason to leave someone they loved if they started using a wheelchair, they often think differently when they hear voices or have a psychological breakdown.

Any illness can affect you and your relationship, and it may be enough to make you wary of getting involved with someone again. People who love and are involved with people with serious mental illness must often take on the role of parents rather than lovers.

You love them or you hate them; your in-laws aren’t going anywhere. Mothers-in-law get a bad rap because they tend to be a bit overprotective of their children. However, you can have problems with any member of the family, especially if you like to insert your opinion in your business.

In-laws disputes can destroy your union because the one you love will need to set boundaries at some point and time. Unfortunately, when talking about someone’s mother, father, sister, or brother, they will often not put you in their place out of respect. If you’ve been in such a union, then you might think twice about getting involved with another dominant group of in-laws.

Communication is vital if you want a relationship to work. When you don’t communicate as you should, it is a basis for misunderstandings, fights, and frustration between the two of you. Take, for example, if you had to work one night.

You were busy and did not call to tell your spouse that you would be late. They sat for hours, wondering where you were and what you were doing. There are many ways to communicate, and at least you could have sent a text message. The key is that they must be committed to each other so that one of the parties does not let their mind wander.

Most people are a bit pessimistic when they start dating someone new. It’s easy to get bitter and wear your emotions up your sleeve when you’ve been hurt in the past. One thing to remember is that being a little cynical is fine, but this person you are dating did nothing to hurt you.

Also, you can’t eliminate someone else’s mistakes. They may be the perfect person for you, but you can push them away by allowing your bad experiences to dictate your future. The key is not to wait too long.

Start slow and get to know each other better. You need to know how they grew up, the type of family they have, and what they want out of a relationship. They probably come with baggage too, and you will have to learn to get over your two pasts if you are ever to have a future together.

Every time you fall in love, you take a risk. There is a possibility that your relationship is excellent and is the stuff of storybooks. However, there is a chance that it will become one of those made-for-television movies that also draw in the masses.

You won’t know how things will go until you get involved. However, there is nothing wrong with being a little cautious after being injured. Those bad experiences don’t define you, but they certainly change you and change the way you react to others.