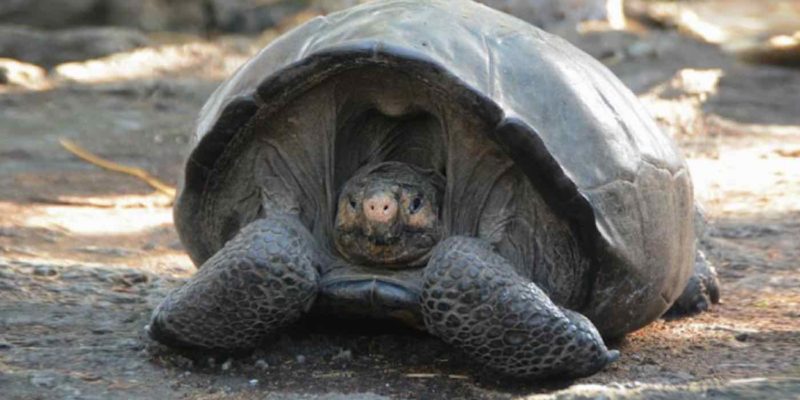 
Genetic testing has confirmed that a lone 100-year-old female giant tortoise found on Fernandina Island in the Galapagos is in fact the last known member of its species. Chelonoidis phantasticus, the Fernandina Giant Tortoise.

Presumably extinct for 112 years, the Galapagos Conservation and the Galapagos National Park Directorate will launch urgent expeditions, according to a press release, to find a mate for the female turtle and save the species.

GNN reported on the discovery of the turtle, named “Fern” in 2019, and that Yale University was conducting genetic analysis to determine the origin of the creature. Later expeditions were launched to Fernandina Island to search for more members of the species.

SEE ALSO: The 100-year-old Galapagos tortoise could be a survivor of a species believed to be extinct

“One of the greatest mysteries in Galapagos has been the Fernandina Island Giant Tortoise. The rediscovery of this lost species may have happened just in time to save it. Now we urgently need to complete the search of the island to find other turtles, ”said Dr. James Gibbs, Vice President of Science and Conservation for the Galapagos Conservancy and an expert on turtles at the State University of New York.

“We desperately want to avoid the fate of Lone George,” said Danny Rueda Córdova, Director of the Galapagos National Park Directorate. “My team at the Park and Galapagos Conservancy is planning a series of major expeditions to return to Fernandina Island in search of additional turtles starting in September.”

While one might think “what are you waiting for until September?” Fernandina’s landscape is dominated by an active volcano and a harsh volcanic landscape, making long-term exploration difficult.

In fact, a January 2020 eruption ruined the first planned expedition to the island after Fern’s discovery.

However, park rangers have confirmed the sighting of droppings and footprints on the slopes of the volcano, suggesting there could be more turtles around. If found, any remaining individuals will be immediately transported to the breeding center on Santa Cruz Island, where various species of turtles have successfully bred to stable population levels.

Meanwhile, Galapagos Conservancy has organized a fundraiser for three separate expeditions to the island, equipped with turtle vets and helicopters to scout from the air and transport any turtles they find back to the breeding center.

RELATED: Millionaire-turned-quadriplegic Jon Ayers is giving it his all to save wild cats, after finding a new purpose

Speaking to the former president of the Galapagos Conservancy last year, GNN confirmed that it was not a fact that the old female was a Fernandina tortoise just because she was found there, as 19th and 20th century sailors often moved turtles.

“I can understand why people are excited. Or is it going to be ‘Woof, it is a fernandina tortoise, ‘or’wow it’s not, ‘”Johannah Barry, said the former president GNN at the time.

Spread the word and SHARE the latest news with a friend