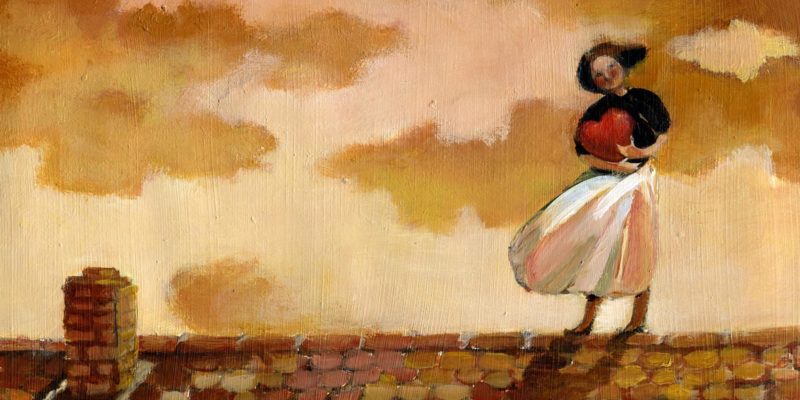 
Yoko Ono once tweeted: “Take forgiveness in stride. Don’t blame yourself for being slow. Peace will come ”. There are often a myriad of reasons why you have been encouraged to forgive and forget. They all sound good, and some of them may even be reasonable, but they can sometimes make you feel cheated on the situation.

Some people may use religion as a reason to forgive and forget. Others may tell you that you must be the greatest person. Another excuse may be that it is better for your mental health.

The truth is that forgiving and forgetting is not easy, and it is not always the the best solution for you. You need to know that it is okay not to forgive sometimes. You also don’t have to forget.

Why are you taught to forgive and forget

We live in a society where peace is the ultimate goal. While humanity is drastically falling short of that goal, we are still being taught to forgive and forget so that we can all get along. That’s what it all comes down to: getting along, even if the person hurt you.

It’s also about second chances. We are conditioned to believe that everyone should do it again, no matter how badly they get it wrong.

In theory, getting along and second chances are two big concepts: words for living. However, there is a major flaw in both concepts. They do more to adapt to the feelings of the wrongdoer than to the victim.

Sometimes you have to put yourself first. That means you don’t have to give up your emotions to make someone else feel better. The next section has ten reasons why you don’t need to forgive or forget.

Ten reasons not to forgive and forget

Here are ten situations where you may not be ready to forgive … yet.

1. You must put yourself first.

Don’t let society make you feel strange because you are not going to forgive and forget. Think about how you feel. Sometimes forgiving and forgetting means you have to put your feelings aside. Ignoring his feelings and emotions when he is, the victim is absurd.

If you feel like holding that grudge, hold it. It’s true that holding a grudge consumes some of your energy and might cloud your aura a bit, but ignoring your emotions will do the same. Don’t be afraid to hold that person accountable until you feel like letting go, not when society thinks you should let it go.

Forgiveness is not something you should freely distribute. It is very similar to money, nobody is distributing it. You must work and earn it.

The next time someone encourages you to forgive freely because it will make you feel better, ask for twenty dollars and tell them that it will make them feel better. You probably already know what is going to happen.

3. Even if they win it, they may not deserve it.

Not everyone deserves forgiveness. There are several reasons why a person does not deserve forgiveness, including a few from this list. If a person doesn’t deserve it, they don’t get it from anything else in the world. Why should forgiveness be any different?

Keep your forgiveness for people who deserve it. An example is someone who accidentally hurt you; perhaps they did not know the consequences of their actions. Don’t be fooled into giving someone something they don’t deserve.

4. They have already had more than one chance.

The old saying goes: “If you cheat on me once, it’s your fault. If you cheat on me twice, it’s my fault. “Forgiving a person once is nice and possibly even the godly way to live your life. However, this also opens the door for you to be hurt again.

When people show you who they are, believe them. If you have shown that you can hurt him, there is no reason to think that you are not able to continue that behavior. It’s sad to think about it, but people don’t usually change without great intervention.

5. Some people are just bad.

Some people in this world are horrible and evil. They can be sociopaths or psychopaths. It’s not pleasant to think about, but it’s true.

Not only should you not forgive these people, but you should definitely not forget what they have done to you. The best thing would be to protect yourself from these types of people because they will enjoy repeating the pain they have caused you.

6. You don’t want to forgive them.

You may not have a good reason, but you don’t want to offer forgiveness. It’s okay. You are the victim. You don’t need a reason and no one should pressure you to do so.

People may say that it is selfish not to offer forgiveness. Sometimes it’s okay to be selfish. Being selfish can be a form of self-preservation.

It is similar to the first reason: put yourself first. You can make the decision not to forgive someone. The world won’t end, war won’t start, and life won’t collapse if you don’t offer your forgiveness.

7. The imposition was too traumatic to forget.

Maybe you can forgive (and that’s a big maybe). However, the experience can get imprinted on your brain in a way that you can’t forget no matter how hard you try. Don’t let people make you think something is wrong if you can’t forget what happened.

This condition is called Post-traumatic stress disorder (PTSD), and it is widespread among people who have witnessed or suffered a traumatic event. It is a psychological condition and you may need professional help to overcome it.

Take all the time you need to heal and don’t worry about forgiving and forgetting until you are really ready. In fact, it may never be ready, and that’s okay too.

What is the use of forgiving and forgetting when the damage is done? Whatever imposition they have placed on you, it won’t go away. It is permanent, and so are its consequences.

Are you supposed to forgive and forget when your life has been permanently altered by someone who caused you harm? Why are you the one to be emotionally upset while the other person takes your forgiveness and feels better?

Don’t tolerate that. If you feel bad, the person who hurt you should feel worse. This may sound a bit like an tit for tat, and society tells you it’s wrong. However, if you must constantly face the consequences of what a person did to you, there is no way to forget it. You are also human, so there will be many times that you feel resentment, which means that you have not “ really forgiven the person. ”

9. They don’t regret what they did.

Some people may does not matter that they hurt you. They are truly selfish, not in a self-preservation way, but in a purely narcissistic way. These people don’t deserve forgiveness because they obviously intended to hurt you.

Like evil people, you must not forget at all what a selfish and narcissistic person made you. They will do it again without a hint of remorse. Do not fall into that trap.

10. You may be able to forgive or forget, but not both.

You may be able to find enough energy to do one or the other, but doing both may be too much for your psyche. Forgiveness can be the easiest and wisest thing to do. This way, you can remember what they did and never allow it to happen again.

On the other hand, forgetting can also be satisfying if you completely forget that person, not just the fact that they did. There is nothing wrong with eliminating toxic people from your life. In fact, that might make you feel more confident, stronger, and better with yourself.

Final thoughts on forgiveness and forgetting

Wherever you go, you will find people who tell you that forgiveness is the The best thing You can do it by yourself. However, every situation is different and so is every person. What is best for one person may not be best for you.

This article is not intended to encourage you to never forgive. There will be times in your life when forgiveness is justified. However, there are times when you don’t need to feel pressured to conform to society’s standards.

As you contemplate forgiving someone and / or forgetting what you did, use the ten tips above to help you decide. At the end of the suggestions, if you really feel that forgiving and forgetting will take a load off your mind, do so. If not, remember that you are the victim and that your feelings and emotions are more important than the person who hurt you.