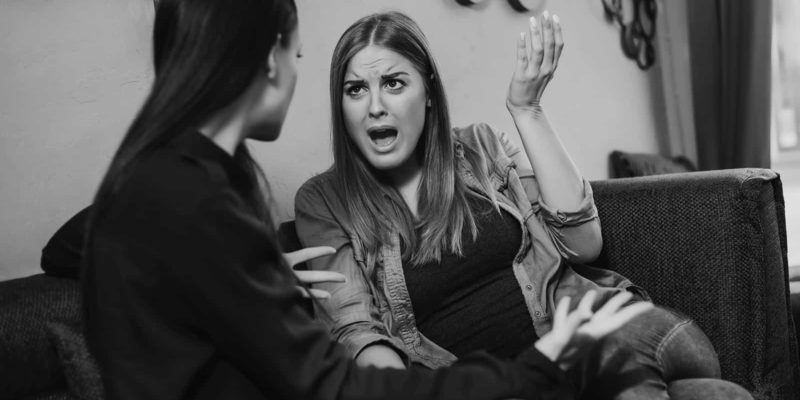 
Have you ever noticed that a friend struggles a lot with something and reached out to offer support or help? In most cases, a friend is usually thankful that you noticed a problem and will accept the offer. They can even promise to back you up when you need it next time.

But in some cases, a friend will reject you. You can clearly see that they need your help, yet they act like they don’t want it. They continue to fight and turn down offers of support from everyone who tries to bring it up, and they may even get angry at these offers.

If you’ve ever seen that happen, you may have been quite confused as it doesn’t seem to make much sense. Someone who desperately and obviously, at least for you, needs help is rejecting you, even though you are a trusted friend! It can be quite confusing and unnerving, and it can even worry you significantly while you are concerned about your well-being.

So why is this happening? What would make someone turn down and turn down assistance at all times, even if it seems like it would be beneficial to them? Is there a way to get past that rebuttal? Here are 10 reasons why some friends refuse to accept your support.

1. They don’t want to be vulnerable

The act of accepting help from others requires that someone be open to being vulnerable. For your friends, this means:

Vulnerability scares most people, even when it doesn’t make logical sense that vulnerability is a problem. Don’t take it personally, even if someone trusts you, it is natural that you want to stay as safe and secure as possible, which means staying closed in your time of distress.

2. They don’t perceive it as necessary

3. They don’t want to be forced to reciprocate

Social norms dictate that what is appropriate, positive What you need to do when someone helps you is be willing to reciprocate. This value is what society was founded on, with the cooperation between the communities of the first human beings.

If your friend doesn’t feel like returning favors or reciprocating, you can decline help to prevent that problem from arising. Which can:

Even if you try to tell your friend that you don’t expect anything in return, be prepared for them to continue to reject you. They may not feel good about accepting a favor that they don’t want to return.

Along a line similar to simply not wanting to reciprocate, some friends may lack the ability to pay you. This is especially true for larger forms of help that can be seen as big favors from you to them.

Even if you try to convince someone that you do not want a refund, many people will still reject offers of help if they know they will not refund you properly. It is a personal decision that is often based on a personal honor code or set of values.

5. They have a lot of pride

Pride is one of the most common reasons someone may refuse to accept support. After all, everyone has a sense of dignity, and some find that theirs would be more easily diminished when they can’t do things for themselves. A friend who is very proud may feel that:

6. They have negative past experiences for accepting help

Trust issues are often joked in the media, but they are genuine and can be debilitating. If your friend has been in a position before accepting help that had negative consequences, he may reflexively reject it to protect himself. Examples of negative past experiences include:

Before you start accusing your friend of being unreasonable, take a look at yourself first. Are you offering help in a way that your friends will comfortably accept? Someone is less likely to accept your support if they do the following:

It is important to ensure that you address this situation in a useful and beneficial way. If your approach is not positive, you cannot wait for your offers to be accepted!

Some people turn down offers of support simply because they don’t think they deserve it. It is certainly a harmful thought pattern to engage in, but many people don’t know how to control or overcome it.

Think about your friend’s background. What do you know about them that can tell you why they behave this way? Consider, for example, that they can:

9. They don’t want to annoy or burden you

Many people fear the act of putting a burden on the shoulders of the people they care about. Your friend may not want to bother you with their difficulties and troubles. They may feel like they are carrying a burden of some kind and they don’t want you to suffer with them.

If you are prepared for the emotional, physical and mental work of helping, you can try to reassure your friend that this is not a problem for you. You can also add a statement saying that you will inform them when you must leave for their welfare, if applicable.

10. They have a disorder that deregulates their perception

A large number of mental disorders can affect the way someone perceives others. If your friend is diagnosed with certain conditions, they may have more trouble accepting your help, seeing it as genuine, or even realizing that they need help.

In this kind of scenario, it may be better consult a mental health professional About this, talk to someone closer to them, get to know them intimately first, or do your own research on the disorder before moving on.

It can be difficult to watch a friend struggle, but reject all forms of support. However, at the end of the day, they have the final say on who can help them and who can’t. They have the right to refuse even the most reasonable offers. You have to respect their wishes, even if you leave an offer open or continue to monitor them.

If you are anxious, it may be a good idea to sit down and have an honest conversation with your friend. Express your concerns clearly and without confrontation and ask if something is preventing them from accepting your support. Sometimes showing your genuine desire to help can be enough to override whatever is causing the rejection.

However, at the end of the day, there will always be people who have trouble accepting support from others. It is not as easy to overcome these feelings as it seems. You have to use positive thinking and do your best not to take it personally!

If you wish, you have the option of leaving the door open for future support. You can do this by making sure your friend knows that you will be more than happy to help as soon as he says the word. This way, you respect their decision while helping them out, and who knows? One day, your friend may accept it!

Amanda Gorman: The Miracle of Morning