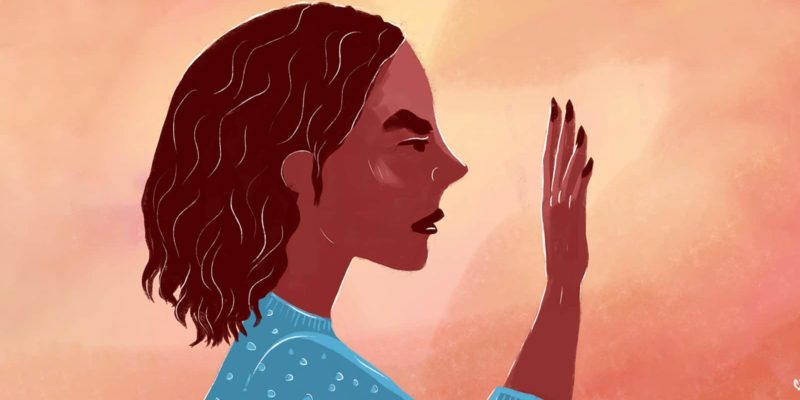 Let’s face it: we all come across our fair share of rude people. In so many situations, rudeness is totally unnecessary. It will probably catch you off guard, especially if you know you haven’t done anything to earn it.

When people are rude, it is usually due to some underlying situation that may be happening to them. It’s rarely because of something you did. You happen to be on the receiving end of the wrong statement at the wrong time.

Sometimes you can meet people who have a rude personality. You might be surprised to find that they don’t even consider themselves rude. After all, the level of rude behavior is determined by cultural norms. What is rude in one state may be acceptable in another.

In any case, if you feel like someone is rude to you, you can nip it in the bud with a firm but kind statement. This type of message is better because rude behavior only generates more disrespectful behavior.

10 phrases to respond to rudeness

Here are ten statements you can use to help set your limits.

1. “If you don’t have anything nice to say, don’t say anything.”

This is a classic way that people have dealt with rudeness for decades, possibly even centuries. You probably heard this when you were younger. Perhaps it was from a teacher, parent, mentor, or some other adult who aimed to teach you to be courteous. Unfortunately, some people forget their adult manners and need to be reminded of this little joke. As simple as the statement may seem, in most cases once you are reminded of it, it will come back to assimilate as it did in childhood.

This statement is a powerful statement that can seem like you are scolding the person. You become an empowered figure by telling them what you will and will not allow. This lets them know that you value yourself enough not to deal with someone who cannot respect you, their opinions, positions, and / or feelings. If you make this statement, make sure you mean it. If they don’t remove the rudeness, cut them off or end the conversation. This keeps you in control and lets them know that you mean business.

This statement serves a couple of purposes. The first is that it stops the rude person in their tracks. There could be a small chance that they don’t realize they are agile, making them aware of this issue. However, most rude people know they are rude, but you don’t have to put up with that. The second purpose is that it still leaves the door open for conversation once the rude person has found a way to correct themselves. Walking away immediately after making this statement will make you feel good.

3. “You should reconsider that statement you just made.”

This is a strong statement, but one that is not confrontational. This is a great way to signal that a person has said something that is not quite right. Sometimes people can say things in the heat of the moment that don’t mean or feel irritated, causing them to say things in a rude way. This statement can help them pause for a moment, realize that they are directing their irritability to the wrong person, and change their attitude towards you. Sometimes people need a redirect.

Sometimes when people are rude, the best thing to do is turn the other cheek. It is difficult, but it can be a beneficial practice in certain situations. You don’t always have to face everything. You’d better choose your battles wisely. This statement allows you to do just that while still letting the person know that you are aware of their rudeness. This way, they know that you won’t allow them to continue their rudeness, but you’re also giving them a one-time pass so they can correct themselves the next time they talk to you.

5. “I know you were raised better than that.”

This is a statement that an adult hears most often from a child. However, if an adult is rude and acts like a child, you can give it a try. The statement is a bit risky. You may not know if they were raised better than that or not. However, there is nothing wrong with having a little hope. Also, draw attention to the fact that they are rude, which might be enough to change their attitude.

6. “I understand that you are upset about something, but I would appreciate it if you did not take it out on me.”

This is a firm but extremely kind statement to make to someone who has just been rude to you. You stand up for yourself, but you also make the person feel comfortable and at ease. You never know what people are going through. Situations can cause people to behave in a way that they would not otherwise and cause them to be rude because they are not handling their problems well. A statement like this can wake them up to the fact that they are tough and will hopefully change behavior.

This statement indirectly addresses rudeness and allows the person to correct himself before you need to correct it. Show that you are willing to forgive their brief indiscretion and pretend it didn’t happen. Sometimes people impulsively say things that they quickly regret. But if they are willing to let it go, the conversation could turn out much better than before. It is a form of Forgive and forget without saying that you will.

8. “I don’t know what your problem is, but let’s get this over with now before things get worse.”

This statement is on the border of goodness. Depending on how you say it, it could be interpreted as a bit threatening. If you want to sound nice, make sure to use a softer tone that isn’t aggressive in any way. Being nice when you say this can have the same effect as saying it aggressively. Being polite about it can prevent an argument or altercation. However, it also protects you because you are letting the person know that you will not be pressured.

9. “You need to re-evaluate the way you talk to people.”

This is a nice and firm statement, but there is a chance that you will not get the results you want. That’s because it is almost like a direct command, and if the person is upset, they may resist this command. Of course, you don’t put it that way, but when a person is not in their correct state of mind, they are not thinking logically. Hopefully, in your case, the person can quickly get out of it.

10. “Wow, you must have woken up on the wrong side of the bed this morning!”

This is a kind and firm statement with a touch of humor Added. Some rude people can react to that humor in a good way by softening it up a bit. However, this humor will be interpreted if you say it with a friendly tone of voice. Otherwise, it may seem like you come back with an argumentative joke, and that won’t get you anywhere quickly.

Final thoughts on how to approach rudeness

We have all been there. At some point in your life, you have been the victim of a rude person. It doesn’t feel right and no one should have to endure that kind of treatment. It requires you to eliminate the problem in the bud so they know that they can’t continue with that kind of behavior.

Many rude people use this behavior as a type of armor. They feel that it helps them protect their feelings, so they spread it out as often as they can. Unfortunately, this is a problem that the person has to solve on their own. Even if he likes being rude, he may continue to act that way.

However, you can see the bright side of things and try stay positive. After all, positivity breeds positivity, so if you respond to their rudeness with kindness, they may change the mistake of their ways.

The main point is that you cannot allow a person to continue to be rude to you, even if they are going through some things. It would be best if you were firm in letting them know that you want them to stop behaving, but you don’t have to be mean about it. Using these firm but kind statements above, you can set your limits while still being courteous to a rude person.

4 Habits That Make It Hard to Manage Panic Attacks