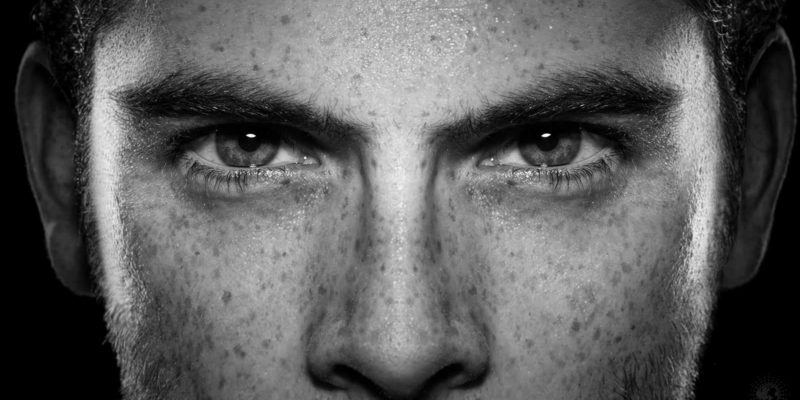 
Are you an alpha person and how do you know if you meet the criteria to be considered one? According to studiesThese people have natural traits to be impulsive, controlling, and assertive, which is not a personality disorder. They excel when it comes to leadership as they have the unique ability to bring out the best qualities in others.

Some say that people approach them like moths to the flame because their energy is irresistible. These are the people who never have to worry about being alone or traveling alone as they will find someone who is drawn to their charisma wherever they go. They can strike up a conversation in the airport bathroom and make friends for life.

Some call the alpha person someone who is a social lubricant in a group setting, and in the corporate world, they are the mediators. They can smooth over disagreements and use their skills to be the glue that holds business deals together.

They live an uninhibited life where their lack of fear becomes a great source of strength that they can use. Things are not handed to them on a silver platter, but they are not afraid to work hard for everything they have. Some say that the alpha person is good at “adult”, and they are not afraid to be responsible, but above all, they have their life together.

Do you think you are an alpha person? Here are ten of the most popular traits of this personality type and how it helps them live a beautiful life.

1. They are strong leaders

Some people are naturally born to leadership, while others tend to be followers. While both personality types are essential in this world, the leadership these alphas provide is valuable.

They can see any problem and find a solution. When faced with obstacles, they tackle them head-on instead of running to the other side.

2. They are not afraid to speak their mind.

They don’t mind saying what they think, even if it means it might offend you. They are the type of person who shoots from the hip.

You always know where you stand with them, so you don’t need to guess. In life, it is better to clear things up than to have someone beating around the bush.

3. The only calculated risks

When it comes to the ability to take calculated risks, alpha reigns supreme. They are not going to invest thousands of dollars in a new money-making plan without doing their due diligence.

They’re smart enough to smell a scam when they see it, and they won’t just make hasty decisions without a lot of research behind it. No wonder they are wise for their age.

You must earn their loyalty, but once you have it, there is no one more loyal than the alpha person. They will be the first to be there when their world is falling apart, and they will develop an action plan on how to put things back together.

Their friends take comfort in knowing that they will come to the rescue because they see them as a solver.

5. They do not lack self-confidence

Self-confidence is one of the alpha’s most beautiful traits. They are not afraid to try new things, move around the world for a job, or wear clothes that are not in fashion.

They have confidence Enough in your abilities that you don’t need praise from others. These people know how to motivate themselves and can accomplish almost anything they set out to do.

6. They don’t care about gossip

They don’t care about gossip because they don’t have time for such pettiness. You won’t hear them talk about others or get involved when someone else is gossiping. They stick to the facts and leave the speculation to someone who has more time for nonsense.

This person is too busy working out ways to improve himself and those around him to commit to such nonsense.

7. They shine with emotional intelligence

When the rest of the room falls apart, this person is the one with the emotional intelligence to keep things together. They are the ones who “never let anyone see them sweat.” They are perfect in the boardroom for negotiations because they cannot easily influence and they know how to handle their emotions.

When everyone else is warming up and a situation heads south, they are often the ones who take things back and get everyone to a good place.

8. They are not afraid to defend their position

Never cross an alpha in a situation hoping to change your mind. They will stand firm and be like an immovable tree.

They know what they believe, and they won’t be swayed anyway. It’s no wonder many people call them stubborn.

When faced with an alpha problem of any magnitude, make sure you have an advantage in the fight. They will let you know what they think and will not be afraid to tell you how wrong you are on the subject.

9. Taking action is not a problem

How many times in life does everything seem to speak and not act? Acting is no problem for the alpha from the boardroom to his living room. These people are born with the ability to participate and get things done quickly.

When you are in a relationship with someone who gambles, it is not easy. You want someone to be emotionally available to you, as well as sincere and honest. You will be glad to know that the alpha person does not play games and does not want anyone to play them either.

If the relationship ends or there is nothing left to save, they will be the first to bail out. They don’t want to waste your time or theirs on a partnership that just isn’t going to work.

Other considerations for the alpha person

Do those traits sound familiar to you? Being an alpha means that you have a strong personality. These are some of the reasons you want to live like an alpha.

• The center of attention is always on them

They don’t want the spotlight to be on them, but people are drawn to this person for good reason. They are the life of the party.

• They live with a purpose

The alpha sets physical, mental, and spiritual goals for himself. These goals are the ones they also aim to achieve.

• They are not afraid of being alone

Being single doesn’t bother them. While they would love to have a partner to call their own, if it doesn’t happen to them, that’s fine too. They also enjoy solitude.

• They keep things in balance

What would life be without the proper balance? While they may be business owners and active in the community, they also know how to include your family. Having the right balance in all things is what motivates them.

Change horrifies some people because the fear of the unknown is too much to handle. However, the alpha loves change, and it’s comforting to know that they won’t be stuck in one place.

This person can move up the corporate ladder quickly or change homes frequently. They believe that variety is the spice of life.

• They admit they don’t know everything

Although this person is confident in his abilities and can do almost anything, he admits that there are some things he cannot do. They are not very proud to ask for help when needed.

• They never give up

This person’s drive and stubborn instincts make them unable to quit smoking. No matter how difficult the task at hand or how impossible it may seem, they will not stop until they win.

Final thoughts on the alpha person

Alpha is one of the most misunderstood types of people. Society wants to put everyone in a mold that fits perfectly. However, the alpha breaks the molds so they can create a path.

They don’t apologize for their opinions and they don’t care if you believe in something different from them, as you can’t influence them. This person has a strong sense of self and more confidence than a whole room of people, which many can go the wrong way. When a woman is bold and brave, it is difficult for society to understand. But nevertheless, men often fit easily into those roles.

The key is to never change who you are to conform to social norms or go with the flow. You are wonderfully unique, just as it was created. There will never be another you, and there is no reason to try to be something you are not.

The alpha person is someone you want as a friend, neighbor, or coworker. Although they may seem boisterous at first, they are the ones that can help you live life.

They will help you solve your problems and will be the first to rush to your rescue when life hits you. It’s no wonder that alpha personality has become a hot topic these days.